Politics and elections are a 24x7x365 effort. Over the years with the advent of high octane political campaigns, the import of this understanding has diluted.

New Delhi: It is universally acknowledged that incumbent governments are in campaign mode all through their tenure, while the opposition gets its act together closer to the hustings.

Politics and elections are a 24x7x365 effort. Over the years with the advent of high octane political campaigns, the import of this understanding has diluted.

Incumbents think they will figure out the future and the freebies in their fourth year in power, while the opposition takes on the government only tactically and believes in mounting a challenge only when the election season arrives.

Read Also
Delhi Election 2020: If BJP has its Ram, Arvind Kejriwal his Hanuman 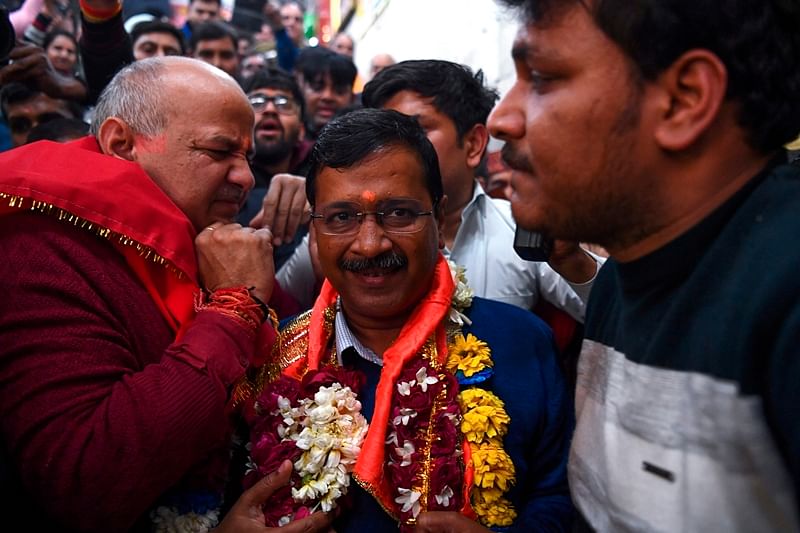 Delhi Assembly elections are the most recent instance of BJP relinquishing the role of an active opposition for 59 months and picking it up with gusto in the 60th. It displayed less commitment to Delhi and more to elections. It is a move fraught with risks.

But to imagine BJP erred in its approach would be wrong. BJP played by its script. A script which is getting dog eared by the day as its strike rate is under threat and the party faces erosion of states.

To understand what really contributed to the defeat of BJP in Delhi, let us look at how the Delhi elections unfolded.

Delhi BJP has been well aware of the stench in its Delhi unit. For over 20 years, Delhi BJP has been at loggerheads in terms of petty factionalism, leadership conflicts, groupism and opaque ceilings. The same jaded faces have lorded over their micro fiefdoms to manage their mini factions in municipal elections and the power that comes with it.

We have the example of Arvind Kejriwal who emerged out of nowhere and became a face to reckon with in Delhi’s political landscape. All through his journey, he was never singularly challenged by a young dynamic BJP leader backed by the party’s national leadership.

Instead, the BJP chose to field its national leaders against Kejriwal to his delight and advantage. Initially Prime Minister Narendra Modi, and currently Home Minister Amit Shah have taken on Kejriwal. Kejriwal couldn’t have prayed for a brighter stroke of luck. In fact, he made every effort to pitch himself in that zone.

There has been increasing chatter nationally about BJP’s policy of winning states and foisting light weight state leaders as Chief Minsters, a move resented by the voters as well as party’s state units.

Modi has maintained rock solid loyalty from public while state units appear too infirm in comparison. To add to the equation is the internecine power struggle and heart burn that emerges from it.

Aided with tactical voting in identified seats, feet on the street management countered Kejriwal’s chemistry with its own brand of comprehensive arithmetic.

In the end, however, arithmetic proved woefully short of chemistry.