Members of both sides shouted slogans, prompting Deputy Speaker Rakhi Birla to adjourn the House till 11.30 am tomorrow

New Delhi: Delhi Assembly proceedings were adjourned till Thursday following slogan shouting by ruling AAP MLAs who demanded a CBI probe into the alleged "Operation Lotus" by the BJP.

As soon as the House assembled for a discussion on the confidence motion on Wednesday, BJP MLA Vijender Gupta asked Deputy Speaker Rakhi Birla to take up his calling attention motion, even as Aam Aadmi Party (AAP) MLA Atishi tried to raise the issue of alleged "Operation Lotus" of the Bharatiya Janata Party (BJP).

Members of both sides shouted slogans, prompting Birla to adjourn the House till 11.30 am.

When the House reconvened, Gupta asked Birla under which rule she allowed Atishi to make a statement on issues other than the no-confidence motion.

Atishi alleged that the BJP is an "anti-women party as its members do not allow a woman to speak while another woman is in the chair".

"Our MLAs were offered Rs 20 crore to Rs 25 crore to leave the AAP. Is this the democracy the prime minister talks about from the Red Fort. This is not the first time they are doing so. They did the same in Manipur, Meghalaya, Arunachal Pradesh, Goa, Maharashtra, Karnataka, Madhya Pradesh," she alleged.

"The BJP has bought 277 MLAs for Rs 6,300 crore under the 'Operation Lotus'. They collected this money by increasing fuel prices," she alleged.

Party MLA Kuldeep Kumar alleged that when he refused the BJP's offer of Rs 20 crore, "they threatened to frame me and send behind the bars in a fake case".

AAP MLAs raised slogans, demanding CBI probe into alleged "Operation Lotus", following which the House was adjourned for the day.

This was the third day of the special session that was disrupted with ruling AAP and opposition BJP MLAs forcing adjournments.

The session had begun on Friday. 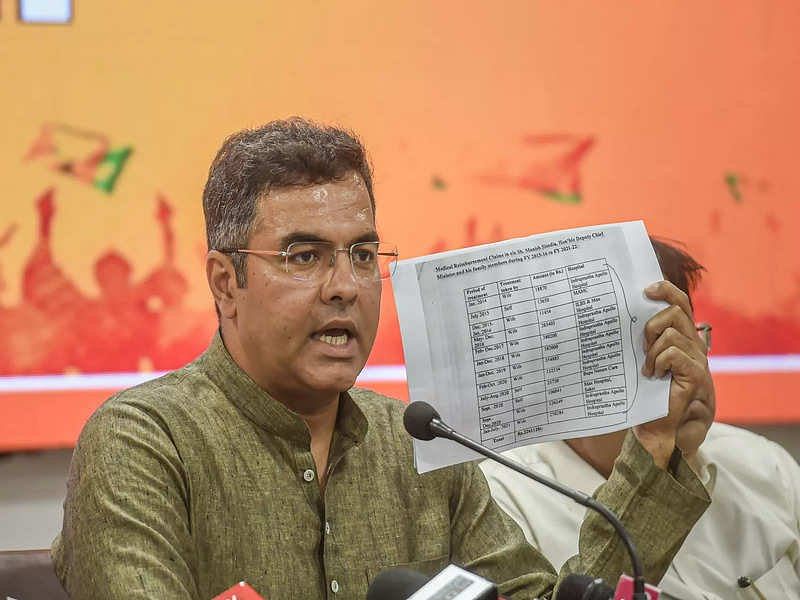