In a touching ceremony, Yunus Siddiqui, 6, and Sarah Siddiqui, 4, accepted what is considered to be one of the highest honours a journalist can receive on behalf of their father, who was killed in Afghanistan by Taliban gunmen in July last year

Two toddlers -- the children of slain Reuters photojournalist Danish Siddiqui -- were among those present in New York City to accept the prestigious Pultizer Prize on their late father's behalf.

In a touching ceremony, Yunus Siddiqui, 6, and Sarah Siddiqui, 4, accepted what is considered to be one of the highest honours a journalist can receive on behalf of their father, who was killed in Afghanistan by Taliban gunmen in July last year, as the Taliban were conducting their lightning offensive that saw them restored to power in that war-torn country barely a month after Siddiqui's killing. 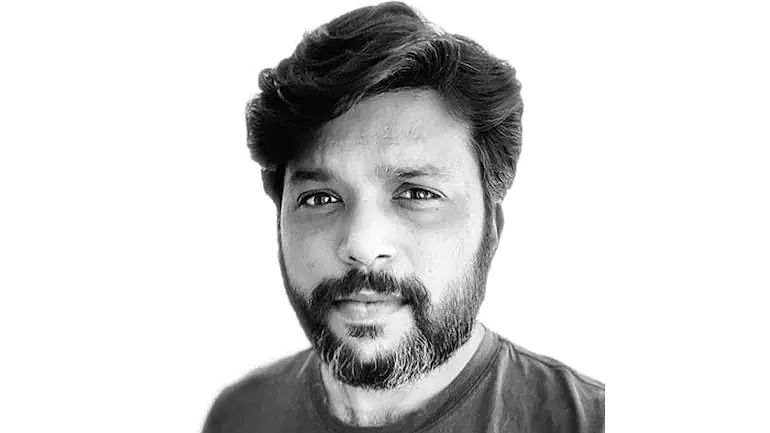 The journalist was among the four Indians honoured with the 2022 Pulitzer Prize for the feature photography category.

One of the awardees, Sanna Irshad Mattoo from Kashmir, was detained at the New Delhi airport on her way to New York City to accept her Pulitzer. John Daniszewski, co-chair of the 2022 cycle of the Pulitzer Prizes, called the episode “highly discriminatory”.

Siddiqui received his first Pulitzer Prize in 2018, for Feature Photography, as part of the Reuters team, for documenting the Rohingya refugee crisis. In 2021, he was killed while covering a clash between Afghan security forces and Taliban forces near a border crossing with Pakistan.

According to local Afghan officials as well as Taliban members, Siddiqui was killed by the Taliban in an ambush-crossfire. The Taliban were accused of mutilatating his body.

A detailed BBC investigative report by Vinit Khare published on August 10, 2021 confirmed witness accounts that Danish's body was indeed subjected to mutilation by the Taliban post his murder after displaying the body in the city center and only after intense negotiations by the Red Cross team did they return the body.

Another investigative report published by Reuters on August 23, 2021 said that Danish was killed after he was left behind by the Afghan forces in retreat. It quotes a Taliban fighter as saying "You’re bringing Indians to fight against us.”

The officer replied, “Don’t shoot him. He’s a journalist.”

“We already killed that guy,” the fighter answered, which further lends credence to reports that Danish was executed post his capture.

Siddiqui's parents have reportedly filed additional evidence with the International Criminal Court with respect to their complaint asking for an investigation into Siddiqui’s death.

According to a press release issued by the Danish Siddiqui Foundation, the evidence includes affidavits, a medical opinion on the autopsy, and a copy of a WhatsApp chat purportedly between Taliban members.