Damage to railways, other assets in Assam assessed with drones, satellite data

Due to unprecedented landslides triggered by heavy rain since May 13, massive damage has been caused.

Due to unprecedented landslides triggered by heavy rain since May 13, massive damage has been caused to stations and railway tracks at over 58 locations in NFR's Lumding-Badarpur single line railway route via Dima Hasao. This railway line connects Tripura, Mizoram, Manipur and the southern parts of Assam with the rest of the country.

Officials of the Assam State Disaster Management Authority said that a team of specialists from Umiam (Meghalaya)-based NESAC is doing rapid damage assessment in Dima Hasao using drones and satellite data to plan post-disaster activities and restoration of the damaged lines.

ISRO's NESAC was set up in September 2000 as a joint initiative of the Central government's Department of Space (DOS) and the North Eastern Council.

In many places, due to heavy rain, the soil from the railway tracks got washed away and huge landslides covered the tracks and other railway assets. According to NFR's Chief Public Relations Officer, Sabyasachi De, in the hill section under Lumding Division, all trains have been cancelled till June or until the restoration of the railway lines.

The official said that railway engineers and workers are working on a war footing to restore the rail links. The NFR's Lumding-Badarpur single line railway route via Dima Hasao is vital for ferrying goods, fuel, and passengers to and from Tripura, Mizoram, Manipur and southern Assam's three districts - Cachar, Karimganj and Hailakhandhi.

In the floods and landslides caused by pre-monsoon rain, 24 people including children and women have been killed, and around 8.40 lakh people in 32 of the 34 districts in Assam have been affected. 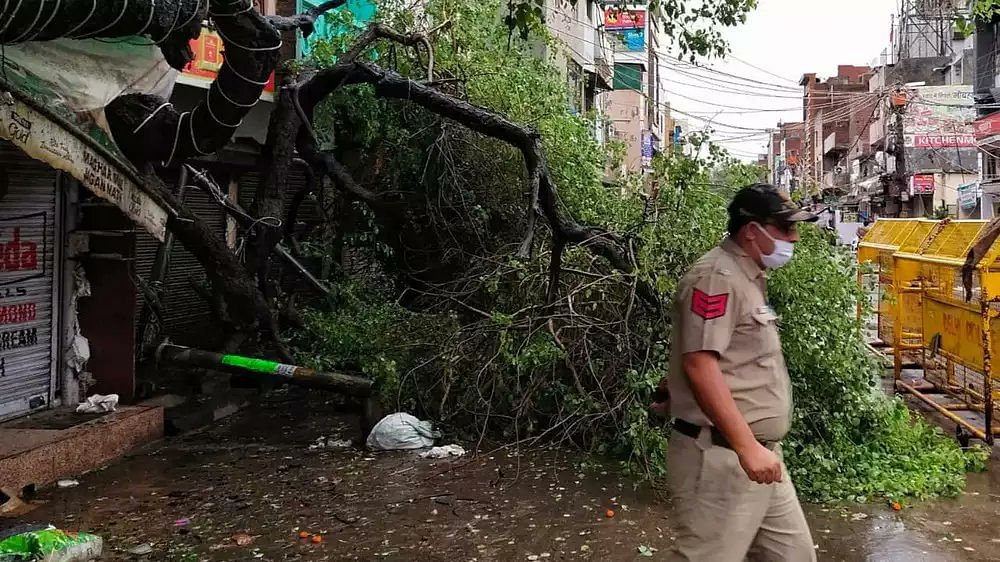 HomeIndiaDamage to railways, other assets in Assam assessed with drones, satellite data