Covid onslaught: Over 30K kids lost one or both parents, SC told 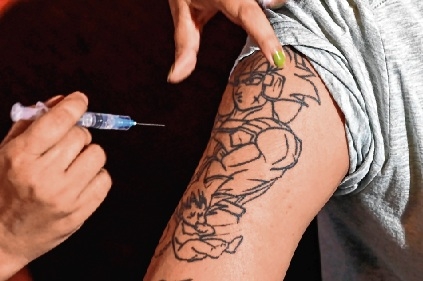 The Supreme Court was informed on Monday that 30,071 children have lost both or one parent to the Covid-19 onslaught in the country, 3021 of whom are orphaned while 26,176 lost one of the parents, besides 274 abandoned with no trace of parents. The affected children include 15,620 boys and 14,447 girls.

A bench comprising Justices L Nageswara Rao and Aniruddha Bose, which is hearing a suo motu case, directed the states and the Union Territories to immediately identify such children and extend to them relief of food and shelter. It said a detailed order will be issued only on Tuesday.

“We need some more time to apprise the court of the modalities of the scheme as the consultation is still going on. We have made district magistrates directly resp­onsible for the children who have been abandoned or have been orphaned,” Bhati submitted.

The National Commission of Pr­otection of Child Rights (NC­PCR) said West Bengal and Delhi have not been cooperating and have not provided latest data on the number of children who have lost their parents due to Covid.

The court told Delhi government’s lawyer Chirag Shroff to set up district-level task forces li­ke other states and the task forces should attend to the immediate needs of the children. “Don’t wait for orders of the court and implement all the relevant schemes,” the bench told the lawyers of Delhi and West Bengal governments.

The NCPCR counsel told the court the figures of the affected children is likely to up as Delhi and West Bengal are yet to identify them and furnish details to it.

The court's amicus curiae advocate Gaurav Agrawal suggested payment of Rs4,000 a month as an immediate aid to the affected children from the states and from the Centre-sponsored Integrated Child Development Scheme (ICDS). It, however, didn't find instant favour from the Court as it wants to hear different states before deciding on the quantum of amount to be paid.

He said most of these children were studying at the government schools but some were at private schools who could be covered under the 25% seats earmarked for the weaker sections under the Right to Education Act providing for free and compulsory education.

Who says PM-Cares not used for vax?

NEW DELHI: The PM-Cares fund of Rs35,000 crore has not been kept idle, but utilised for the Covid relief, incl­uding purchase of the vaccines worth Rs4,488.75 crore, the PM’s Office disclosed in an RTI reply to activist Saurav Das. The reply says the money was relea­s­ed to HLL Lifecare Ltd, a procurement agency of the Health Ministry, for the purchase and so far 21 crore doses of Covishield and 7.5 crore doses of Co­vaxin have been bought from this money at the unit cost of Rs157.50 (Rs 159 + 5% GST). “The procure­ment of Covid vaccines and the vaccination is an ongoing process,” the RTI reply said. —Our Bureau

New Delhi: In view of assaults on doctors by relatives of patients, the IMA on Monday sought PM Modi’s intervention in ensuring “optimum milieu” for medical professionals so that they can work without fear. Underlining the need for curbing the purposeful spread of misinfo­r­mation against modern medicine and Covid-19 vaccination by people with vested interests, IMA has appealed to the PM to resolve their long pending pleas.