Coronavirus in India: COVID-19 vaccine may be ready in a few weeks, says PM Modi 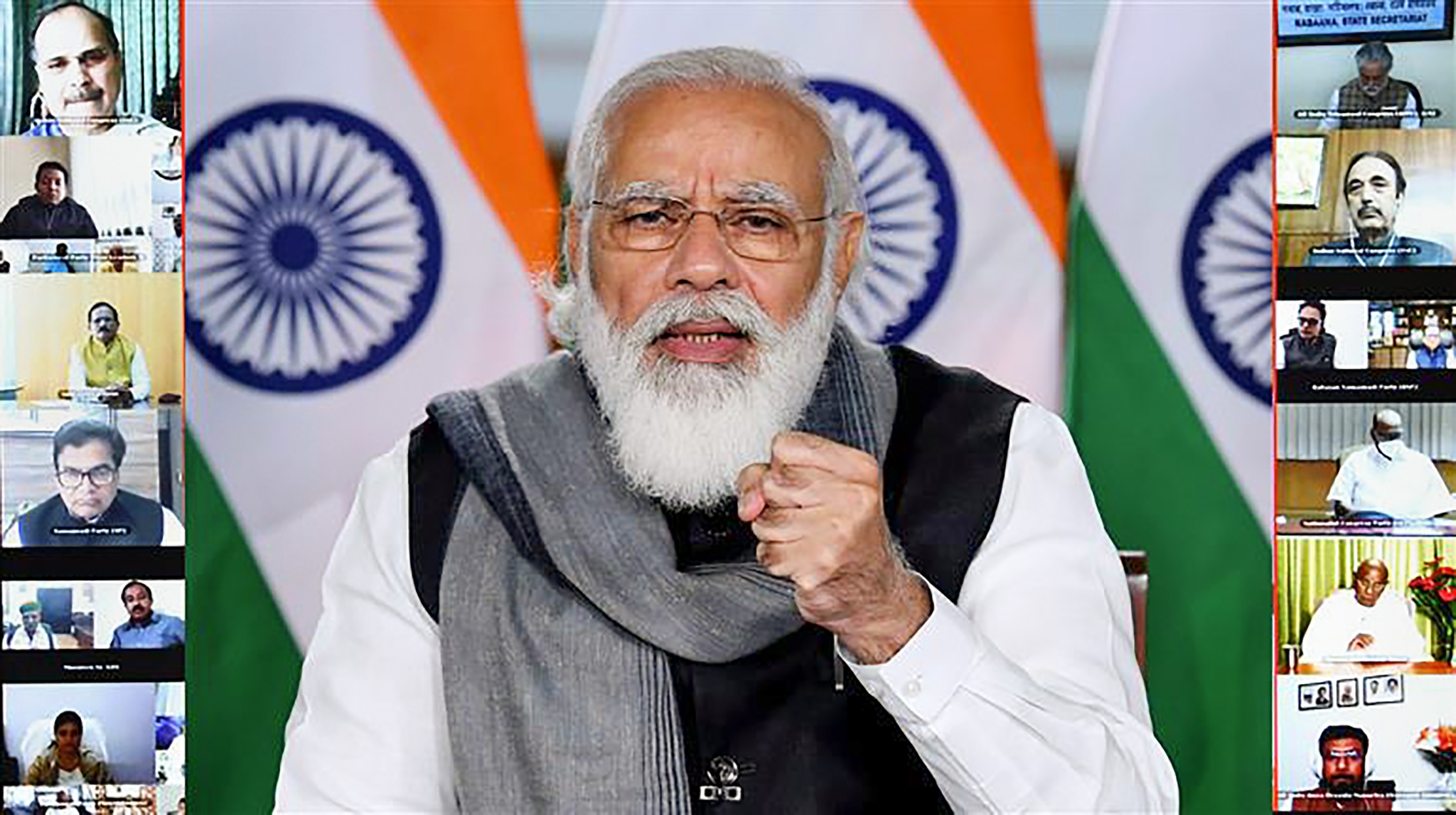 NEW DELHI: Prime Minister Narendra Modi on Friday told the opposition that the Covid-19 vaccine is expected to be ready in the next few weeks but refrained from giving a definite timeline.

He also said that vaccination will start as soon as scientists give the green signal but did not say how much each jab will cost. He explained that a decision on pricing will be taken after talks with the state governments.

This was PM Modi’s second interaction with the opposition parties on the pandemic, in which the floor leaders of various parties were invited for discussions through video conferencing.

Before the meeting, Congress leader Rahul Gandhi tweeted: "We hope the PM clarifies by when every Indian will get a free Covid-19 vaccine."

Union health secretary Rajesh Bhushan gave a presentation before the start of the meeting and the Prime Minister preferred to speak at the end. Home Minister Amit Shah, Defence Minister Rajnath Singh and Health Minister Dr Harsh Vardhan joined the conference. PM Modi said the vaccination will be first given to healthcare and frontline workers and the elderly with co-morbidities who are required to remain confined to home. The reference was to those over 65.

Later, Health Ministry sources explained that the government plans to include nearly one crore health workers in the first batch of vaccine recipients. This will be followed by nearly two crore frontline workers (police, security personnel, municipal workers and other essential workers); in the third batch of vaccine receivers, the government plans to include 27 crore senior citizens.

The Prime Minister said India has the expertise and capacity to undertake mass inoculation and the states have been advised to make provision for cold storage facilities.

He disclosed that eight vaccine candidates are in different stages of trial and will be produced in India only.