The police arrested cooks on the basis of a complaint filed by the girls to the principal regarding the poor quality of food.

The Valsad district police in South Gujarat have arrested two cooks on the allegation of sexual harassment of students at the government’s residential school. The arrest took place on Saturday following a complaint eventually made by the school principal on Friday.

In a case where there was no document, no complaint in writing, and what was on paper didn’t constitute a crime. However, the police have arrested cooks on the basis of a complaint filed by the girls to the principal regarding the poor quality of food.

The school principal had earlier claimed that the only written complaint she received from the girls was regarding the poor quality of food, discrimination against tribal girls and demand for female cooks.

The government authorities have also transferred the principal and seven other male cooks to different places in the state.

An offence has been registered under Indian Penal Code Section 354 (Assault of criminal force on a woman with intent to outrage her modesty), Protection of Children from Sexual Offences Act Section 12 (Sexual harassment), and the Atrocity Act. The accused are Praveen Peermajrana and Dashrath Pati, from North Gujarat’s Banaskantha district.

The principal, who had been in the post since 2014, had alleged in her complaint that the two chefs were involved in sexually harassing and verbally abusing the girls.

On Friday, members of the child welfare committee, a counsellor, and a female police officer addressed over 100 students at the school. The school has around 600 girl students in Classes VIII to XI who reside in the hostel. The students are tribal and hail from different villages in the Valsad district.

The information on sexual harassment, including filming the girls when they bathed, came to light after some girls spoke to their parents. The latter then contacted an independent elected councilor of Dharampur and sought his help to get justice.

The councilor took the students to the police station and to district Superintendent of Police Rajdeepsinh Zala's office. The police started a probe and registered a case Friday evening.

When contacted, the DSP said that the accused persons had been arrested and their mobiles seized and were being investigated by forensic experts. He informed us that sexual harassment incidents used to take place at different time intervals and that statements of the girls, teachers, and warden had been taken. 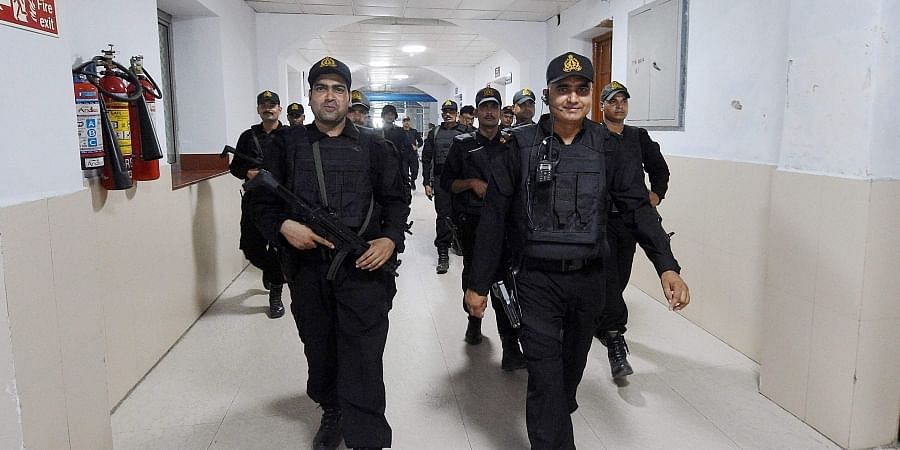