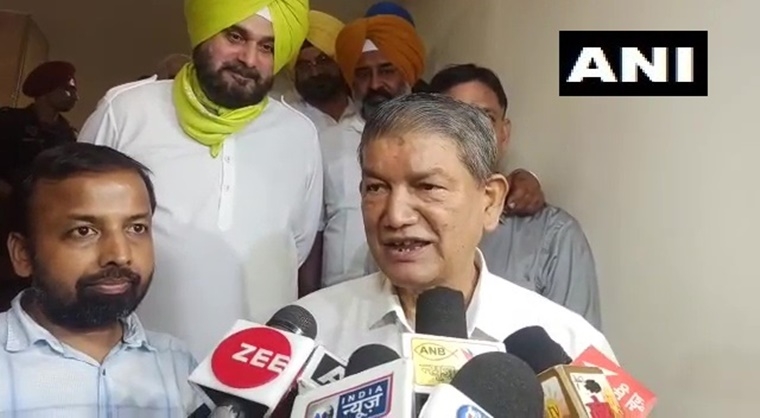 Amid the infighting in the Punjab Congress, AICC general secretary Harish Rawat has landed in controversy over a comment comparing Punjab Pradesh Congress Committee (PPCC) chief and 4 working presidents with 'Panj Pyaras'.

Rawat later addressed the media and likened Sidhu and the four working presidents as ‘Panj Pyare’.

"It was my responsibility to discuss with the PCC chief, his team and 'Panj Pyare' (Navjot Singh Sidhu+ 4 working presidents). Sidhu has told me that the discussions over polls, organizational structure will be geared up... Rest assured, PCC is working," Rawat had told the media.

Meanwhile, the Shiromani Akali Dal (SAD) has lashed out at Punjab Congress in-charge Harish Rawat after he made a statement referring to the state Congress chief and four working presidents with ‘Panj Pyare’ of the Sikh community and sought an apology.

Cheema shared a video lashing out at Rawat, saying that such remarks are not a joke and hurts the sentiments of the Sikh community.

"He should withdraw the statement immediately, and the entire Congress should apologize to the entire Sikh community. A case should be registered against them for hurting the sentiments," he added.