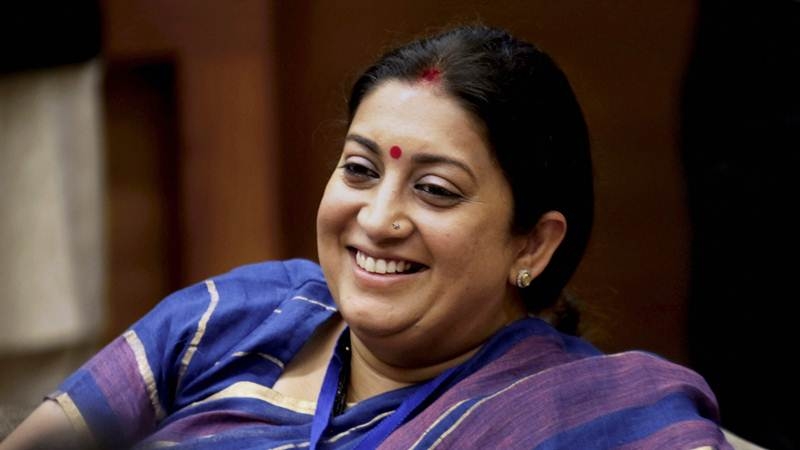 New Delhi: A day after Union Textile Minister Smriti Irani used a media portal report on alleged land scam of Congress President Rahul Gandhi and his sister Priyanka Gandhi Vadra, the Congress on Thursday hit back with exposure of misuse of the public funds allocated under MPLAD scheme to her, citing the adverse remarks in a 2018 report of the comptroller and auditor general of India (CAG).

“Time has come to sack Irani as the Union minister and lodge an FIR against her for proper investigations under the prevention of corruption act and the Indian Penal Code,” said Congress chief spokesman Randeep Singh Surjewala and national spokesman Shaktisinh Gohil from Gujarat.

As an MP from Gujarat, she had chosen Anand district in the state for spending on public works from Rs5 crore a year every MP gets under the MPLAD scheme. Gohil narrated how the Gujarat State Rural Development Corporation executing the works was closed down and the works were awarded to one Shri Sharda Majdoor Kamdar Sahkari Mandli, Kheda, on instructions of her PA.

The MPLAD rules are clear the implementing agency is chosen by the government and the MP is prohibited from its selection, as it is the root cause of corruption and yet Irani’s PA forced the district authorities to award works to Sharda Majdoor Mandli without any due procedure or agreement. The mandli is supposed to be a cooperative society of constr­uction labourers, but all its members belong to the BJP.

The Congress released the CAG report indicting the mandli for having been awarded 232 works without tender and getting payments of Rs5.93 crore, including a fraudulent payment of Rs84.53 lakh. Gohil said even Anand collector wrote to the state government on June 20, 2017 on the irregularities and frauds committed under the grants received under MPLAD.

The bunglings by the mandli include Rs45.20 lakh taken in 2016 to renovate a Panchayat building for which the amount was sanctioned in the previous year, construction of protection walls in crematoriums and schools in nine villages without laying a single brick and payments received for many works cleared by Irani without completing them. Instances of the irregularities and fraud were exposed in the auditor’s report, Gohil said.