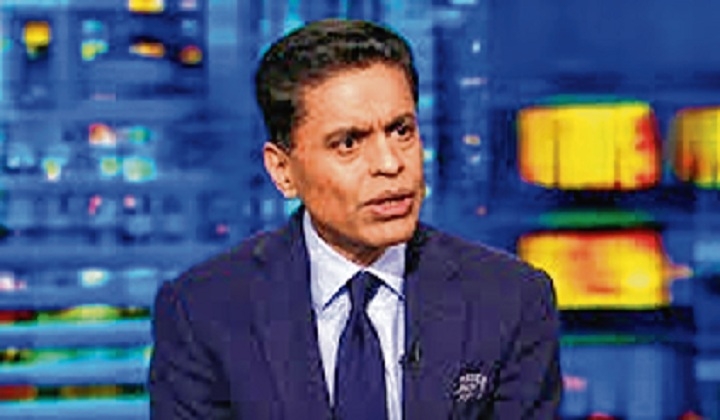 China has adopted a confro­n­t­ational foreign policy and is using the pande­mic to enhance its influence across the world but a striking feature of the recent international landscape has been Beijing's strategic blunders including a recent incursion into India, says US-based journalist Fareed Zakaria.

In an opinion piece in ‘Washington Post’, Fareed Zakaria writes: "As the US has faltered in its handling of the coronavirus pandemic, many experts have warned that China is using the situation to enhance its influence across the world." "...But in fact, a striking feature of the recent international landscape has been China's strategic blunders. The most significant example is China's recent incursion into India, in the Galwan Valley, long under dispute by the two countries," Zakaria, who is also a host of CNN's Fareed Zakaria GPS, says.

Citing the example of Chinese foreign Ministry spok­e­s­person Zhao Lijian, Zakaria says China's new breed of dip­lo­mats, the "wolf warrio­rs," tend to be just as aggressive and confrontational, believing that offence is the best defence and heaping sco­rn on anyone who doubts the country's propaganda. "Foreign ministry spokes­man Zhao Lijian is now famous for his sharp, sometimes abusive language. In the wake of Covid and the discussion of China's culpability in its handling of the outbreak, he publicly floated a conspiracy theory the disease might have been brought to China by the US Army,” he wrote.

Meanwhile, con­cerned over strained ties with Nepal, RSS said if Nepal does not come out of the clutches of China soon, then its situation will also be like that of Tibet.