Chinese Vivo replaced with Dream 11 as IPL sponsors, which has Chinese internet giant Tencent as one of its financial backers.

However, Dream11 will be a bit of a blow for PM Modi's dream of 'Atma Nirbhar Bharat' as Chinese internet giant Tencent Holdings is one of its financial backers.

Incidentally, the cricket board decided to suspend its partnership with Vivo as the 'Boycott China' campaign gathered steam in the wake of the bloody India-China standoff at the Galwan Valley in Ladakh.

It is not as if the BCCI has got a good deal: Vivo in 2018 acquired the IPL title sponsorship rights for Rs 2,199 crore in a five-year deal. Accordingly, the company was paying the BCCI Rs 439.80 crore annually. Dream11 has been awarded the title sponsorship for Rs 222 crore, which means that the BCCI would be getting Rs 217.80 crore less from the IPL’s title sponsorship this year. 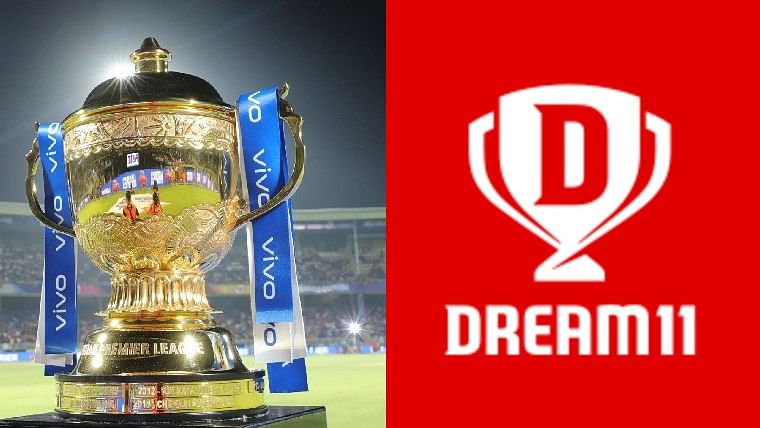 The IPL starts on September 19 in the UAE, having moved out of India due to the COVID-19 pandemic this year.

"Dream11 stakeholders, including its founders plus all 400 plus employees, are Indian," a BCCI source said.

"Their Indian investors are Kalaari Capital and Multiples Equity. Even Dream11's product is available exclusively for use only by Indians. Only a single-digit percentage minority stake is held by Tencent," the official added. However, as recently as last month, the BCCI's Anti-Corruption Unit (ACU) had sought an inquiry against the company after it was reported that the platform had links to a fake T20 league which was held in a Punjab town but was live-streamed as a game in Sri Lanka.

The ACU investigations showed that kits used by players in the tournament had the Dream11 logo and the event was live streamed on FanCode. Both Dream11 and FanCode are part of the Dream Sports group.

The Tatas, it is understood, may have filed Expression of Interest but they were never interested in bidding. "BCCI wanted Tata as their presence adds a lot of credibility," an industry insider said.

BCCI insiders feel that the Dream11 deal, since it is for four months, is not at all a bad deal for such a short span of time.