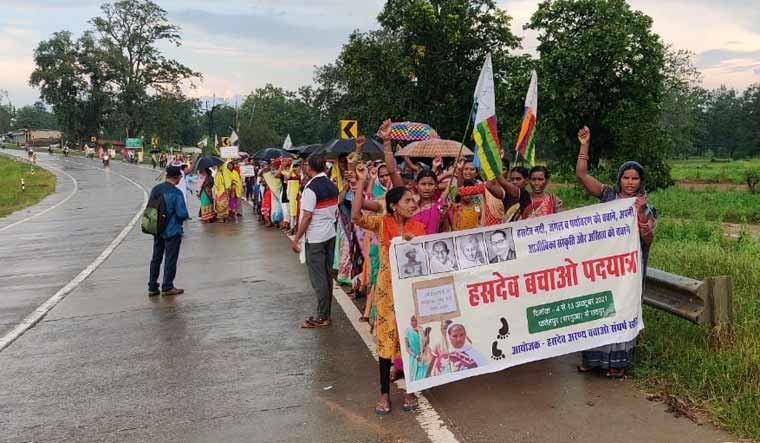 Chhattisgarh government has recently consented for stage II forest clearance to have a coal mining in Parsa Coal Block in Hasdeo Arand Area of Chhattisgarh. With the stage II forest clearance, the chances of the opening of four coal mines in Parsa East Kete Basan(operational stage 1), Parsa, Parsa Kete Extension, and Tara Coal Block has been increased. But the recent sightings of the tiger presence and tiger movement in the Hasdeo Arand area has increased the troubles of the Chhattisgarh government which is continuously struggling to keep the declining figure of tigers in the state stable.

The villagers and wild animal lovers circulated the photographs related to tiger presence including the pugmarks in the jungles of Botopal which is a part of the Hasdeo Arand area. However, the forest department has not made any official statement in the case yet.

As per information received, the state government has recently given consent for stage two clearance for mining in the vulnerable Hasdeo Arand zone on the report tabled by the Indian Council of Forestry Research Education (ICFRE) – which says that mining can be allowed in the area and will not adversely impact the flora fauna, forest cover and the lives of tribal community in the area.

However, in 2017 when the Ministry of Environment, Forest and Climate Change (MoEFCC) granted prospecting licence for the operation of Kente Extension mines, it put the condition that the forest clearance related decision should be taken based on the biodiversity and impact report filed by ICFRE and Wildlife Institute of India (WII).

Meanwhile, in 2021, when stage II forest clearance was given for the opening of mines in the area, the government has suppressed the report of WII, alleged Alok Shukla, Convenor of Chhattisgarh Bachao Andolan.

Its adverse impacts have started showing up, tribals are protesting, rare endangered species were spotted in the area and the Baghel government which showed its commitment for the protection of wildlife, forest cover and rights of tribals overlooking the adverse impact sat in the lap of Corporate like Adani to get illegal benefits, Shukla said.

The 277-page report of WII highlights that over 80 percent of the Hasdeo Arand Coal Fields lie in the forested area, which is ecologically highly sensitive, rich in biodiversity and if disturbed, the damage caused be irreversible and irreparable, for the entire area and the state. It also recommends that the area should be declared as a no-go area, anti-mining activist Bipasa said.

The report said that Hasdeo Arand was and is the habitat and corridor for wild elephants as it connects with the Bhoramdeo Wildlife Sanctuary and Kanha Tiger Reserve. Therefore, for the conservation of endangered tiger species, the area should not be disturbed.

One forest department officer associated with the wildlife department on the verge of anonymity said, "the tiger is a long-ranging wild animal that covers a mega distance, but we have sought a report from the field and the department will act accordingly." 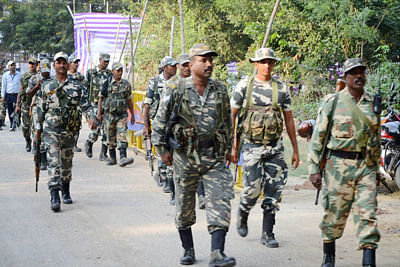 Chhattisgarh: Around 2000 jawans of anti-Naxal forces go on strike in Bastar; here's all you need to...