HomeIndiaChhattisgarh: One Maoist gunned down in police encounter in Aheri; arms, ammunitions recovered

Identification of the dead body is ongoing. The continuous search operation is ongoing since the launch of the operation and is being intensified.

In a fierce encounter between the C-60 commandos and the Naxals in the jungles of Aheri, the police managed to gun down a Naxal operative. The police on Friday claimed that a group of around 30-40 Naxals had laid an ambush in the jungles and had launched a firing on the police party in a bid to kill the police and rob their weapons.

Gadchiroli police received reliable intelligence that 30 to 40 Maoist cadres of CPI (Maoists) groups belonging to Aheri and Permili LOS had gathered in Kapewancha forest area under the jurisdiction of SPS Rajaram (Kha) in Aheri Subdivision in order to carry out subversive activities against security forces. Accordingly, on Wednesday (Sept 28) at around 6 pm, an anti-Naxal operation was launched by the commandos of Special Operation Squads (C-60). While the commandos were conducting search operations in the forest of Kapevancha, 30 to 40 hidden armed Maoists opened indiscriminate fire in the direction of the commandos intending to kill them and thereafter snatch away their arms and ammunition.

As the gunfire ended, the commandos carried out the search of the area and recovered 1 dead body of a female Maoist clad in a dark green uniform, with 8 MM rifle - 1, arms and ammunitions and daily essential items.

Identification of the dead body is ongoing. The continuous search operation is ongoing since the launch of the operation and is being intensified.

From October 2020 till now, a total of 55 Naxalites have been neutralized in various encounters, 46 arrested and 19 surrendered. 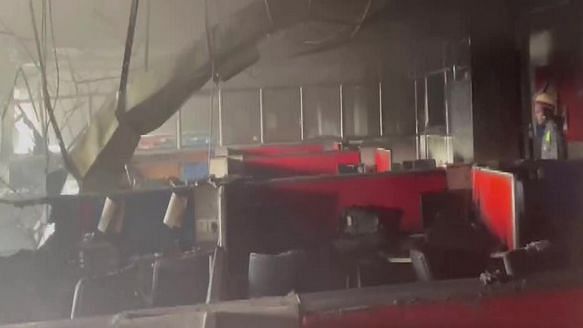