Sao, an MP from Bilaspur, belongs to the Sahu community and is one of the dominant among the other backward classes (OBCs) in Chhattisgarh.

To mark World Indigenous Day, Bharatiya Janata Party (BJP) today appointed OBC leader Arun Sao as their state president for Chhattisgarh. The party also had to face backlash for its decision for removing Vishnu Deo Sai as its state president.

Sao, an MP from Bilaspur, belongs to the Sahu community and is one of the dominant among the other backward classes (OBCs) in Chhattisgarh. He will replace tribal face Vishnu Deo Sai, a former Union Minister.

Without lapsing any time, Chief Minister Bhupesh Baghel hit the bull's eye by terming the reshuffle as an anti-tribal in the tribal-dominated Chhattisgarh. Around 32 per cent population of the state comprises of scheduled tribe population.

"On the world indigenous people day, BJP must refrain to take such decisions. Vishnu Deo Sai can be sacked/dismissed a day later or another, but taking such a decision reflects the mindset of BJP towards tribals," the CM said.

Congress Party communication department state chief Sushil Anand Shukla criticized the move by the BJP in strong words saying that, although it is BJP’s internal matter, taking such a wrong decision on the very day expresses the negativity of the BJP towards tribals.

Congress Chhattisgarh State President Mohan Markam, who himself is a tribal, condemned the decision in strong words.

"Terminating a tribal leader in such a crucial position reflects that injustice started from Nandkumar Sai has prevailed to Vishnu Deo Sai. The decision is an insult to tribal pride. It proves BJP is an anti-tribal political party," he said.

However, the outgoing state president Vishnu Deo Sai himself welcomed the decision and wished for the leadership of Arun Sao saying that the party will perform better.

Ex-CM Raman Singh also praised the decision of the party and wished that under the leadership of the new president, the party will rebloom and flourish in the state.

In addition to it, political experts said, Arun Sao's appointment was obvious, as he enjoys good support from RSS and is also a sitting MP from Bilaspur. 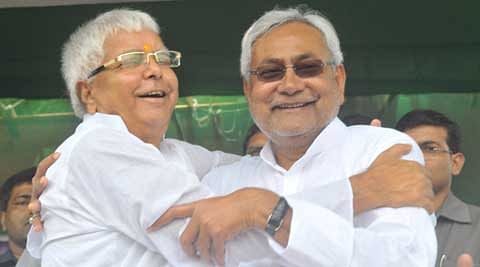