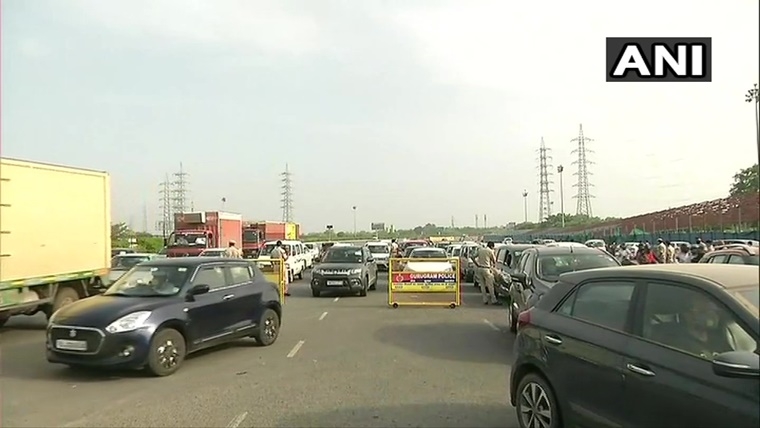 A day after Haryana government sealed borders with Delhi due to rise in number of coronavirus cases, heavy traffic movement was seen at Delhi-Gurugram border on Saturday morning.

As per news agency ANI, police personnel were seen checking passes and IDs of people commuting through the route.

A large numbers of commuters were seen waiting at the border as there was a massive traffic jam. The Haryana government decided to seal its border with the national capital in the wake of the increasing cases of COVID-19 cases.

Haryana Health Minister Anil Vij had on Thursday said the state's border with Delhi "will remain sealed for now" as COVID-19 cases were rising in the neighbouring cities of Gurugram and Faridabad.

Anil Vij blamed Delhi for a spike in patients owing to free movement of people. He said the cases reported in districts (Gurugram, Faridabad, Sonepat and Jhajjar) that are located in the National Capital Region have been spiking despite certain restrictions.

"Only those will be allowed to commute between Haryana and Delhi who have e-movement passes. Essential service providers are exempted from ban," Vij told the media.