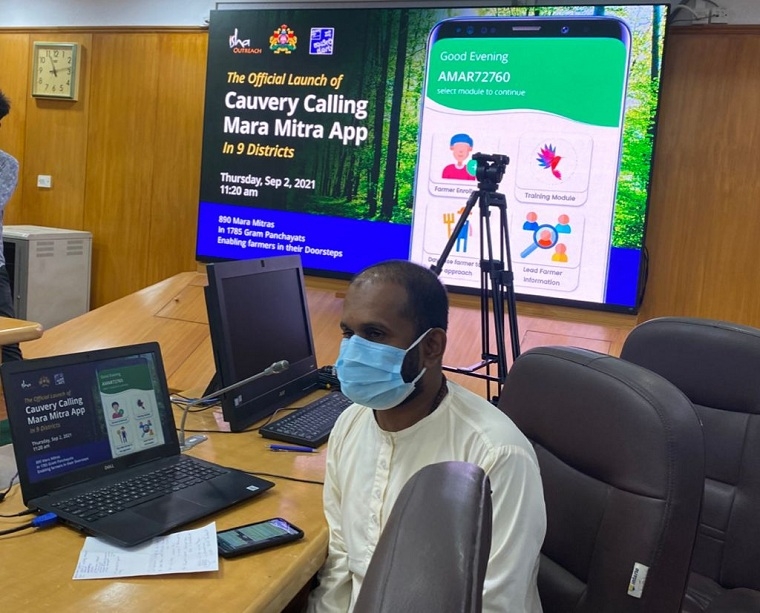 Bengaluru: The Mara Mitra (Friend of Tree) App developed by Cauvery Calling (Cauvery Koogu) was launched at the Vidhana Sabha in Bengaluru on Thursday. The app is the latest in a series of activities initiated by Cauvery Calling to intensify farmer outreach efforts on the ground to promote the economically lucrative and ecologically beneficial tree-based agriculture in the Cauvery basin districts of Karnataka.

The app was simultaneously launched in the 9 districts in which Cauvery Calling volunteers are currently working along with the Forest Department officials and 890 Mara Mitras. The mammoth operation will cover 1785 Grama Panchayats in 57 Talukas of the 9 Cauvery river basin districts which are home to 24 lakh farmers. Covid-19: Isha Foundation stands with most vulnerable, distributes ration to tribals in Karnataka

The app was launched by Shri P. Ravi Kumar, Chief Secretary, Karnataka. He said: “KAPY and NREGA are schemes by the Karnataka Government. What Isha is doing is demand generation. They are collecting demand data from villages. It’s not right to say Isha is using government money to plant saplings. These are government schemes. Isha is creating awareness by educating farmers about the schemes.”

He also spoke about the benefit of tree-based agriculture on farmlands. “The rain water is just flowing through the plains without percolating into the ground because of lack of trees, in these 9 districts of the Cauvery basin. This should not happen. If we grow more trees, rain water will be sequestered. Thanks to the Forest Department, Rural Development Ministry & Isha for this inclusive approach of making this happen. This is beneficial to farmers’ economy – otherwise they cannot plant trees just to save the environment.”

The app will exponentially increase reach for the volunteers as they enrol farmers at their doorstep, into tree-based farming. What India needs to focus on in the next 25 years: Sadhguru's Independence Day 2021 message

The Karnataka State Government’s Forest Department is working closely with the Cauvery Calling team to increase uptake of its progressive Krushi Aranya Protsaha Yojane (KAPY) scheme, among several incentive schemes for farmers who adopt tree-based farming. Till now, Forest Officers would manually collect farmer details such as cropping patterns, sapling species preferred by farmer, landholding details, irrigation details and a variety of other information before offering them relevant saplings for plantation on their lands. It is estimated that each officer would spend between 60 and 90 minutes per farmer to record these details.

The Mara Mitra App is set to change all this and hasten the process of data gathering, analysis, farmer registration and farmer education. The state-of-the-art App has several dynamic features including geo-tagging of trees, training modules, farmer enrolment process, state government schemes and several other relevant information. The Mara Mitra will record the data and make it available to the State Forest Department Nurseries to facilitate the production of high quality saplings at the right time, in the right place and the right numbers. It will also record details needed to ensure that farmers receive their incentive in a timely manner. Cauvery Calling promotes tree-based agriculture in the Cauvery river basin spanning Karnataka and Tamil Nadu. It aims to put one-third of the river basin under shade by facilitating the plantation of 242 crore trees by farmers on their private farmlands in the river basin. The model which has been proven on ground by Isha for nearly two decades, has shown to increase farmer income between 3 and 8 times besides promoting a host of ecological benefits such as soil rejuvenation, repletion of groundwater table and reviving biodiversity. 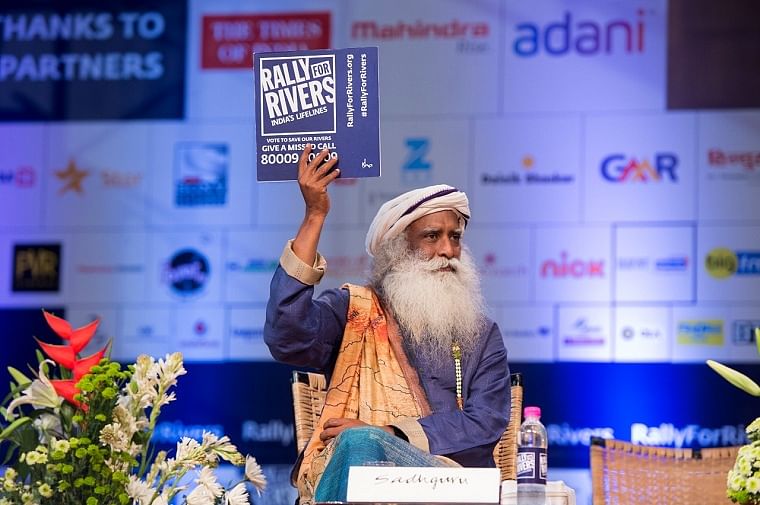