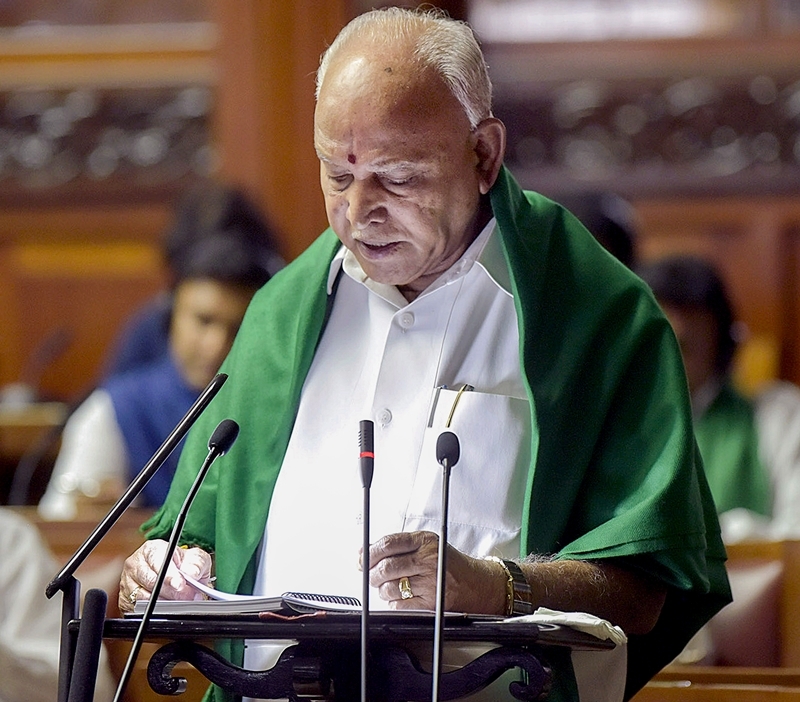 Bengaluru: Indicating a rebellion, senior BJP legislator Basanagouda Patil Yatnal has said that B S Yediyurappa will not remain Chief Minister for long and the high command has decided that his successor will be from the north Karnataka region.

The former Union Minister even accused the Chief Minister of taking all the development work to his home district of Shivamogga, while taking back the funds allocated to MLAs of other constituencies.

"...Rs 125 crore that had come (for constituency), but our own Chief Minister took it back, after that a fight has started between me and him. He is taking things to Shivamogga... he will not be there (as CM) for long, his (time) has come," Yatnal said.

Speaking to reporters at a function in his constituency Vijayapura reportedly on Monday, he claimed that the BJP high command has had enough of Yediyurappa.

"Umesh Katti (another BJP MLA) too had a question whether he (Yediyurappa) was Chief Minister for Shivamogga or for entire Karnataka...if Rs 125 crore was not taken back from me, we had plans to make all roads cement road... it has been taken back, but I won't leave it, I'm fighting for it and I will bring it," he added.

There have been speculations in some quarters in recent times about the possible change in leadership, considering Yediyurappa's age.

However, the state BJP had recently strongly refuted reports about replacing the 77-year old Lingayat strongman.

This is not the first time that Yatnal has expressed his displeasure against Yediyurappa.

Claiming that he was upset regarding development of his constituency, Yatnal, while denying ministerial aspirations and rebellion against the Chief Minister, in June had stated that Prime Minister Narendra Modi and Home Minister Amit Shah were his leaders and Yediyurappa was "only the Chief Minister."

Responding to a question about change in leadership, he had then said that it was for the high command to decide and he would share his opinion on the matter at the right forum.

Hitting back at Yatnal for "day dreaming", BJP MLA Renukacharya, who is alo the political secretary to the Chief Minister said, all the legislators including those from North Karnataka are with Yediyurappa.

"The Chief Minister post is not vacant in Karnataka, the party is in power because of all regions of the state. We are in support of the development of north Karnataka. The leadership is decided by the high command and Yediyurappa was functioning effectively," he said.

None of the legislators from north Karnataka have spoken against Yediyurappa, he said, "all the MLAs are with BJP and Yediyurappa. Are they with you (Yatnal)? You are daydreaming. Don't dream."