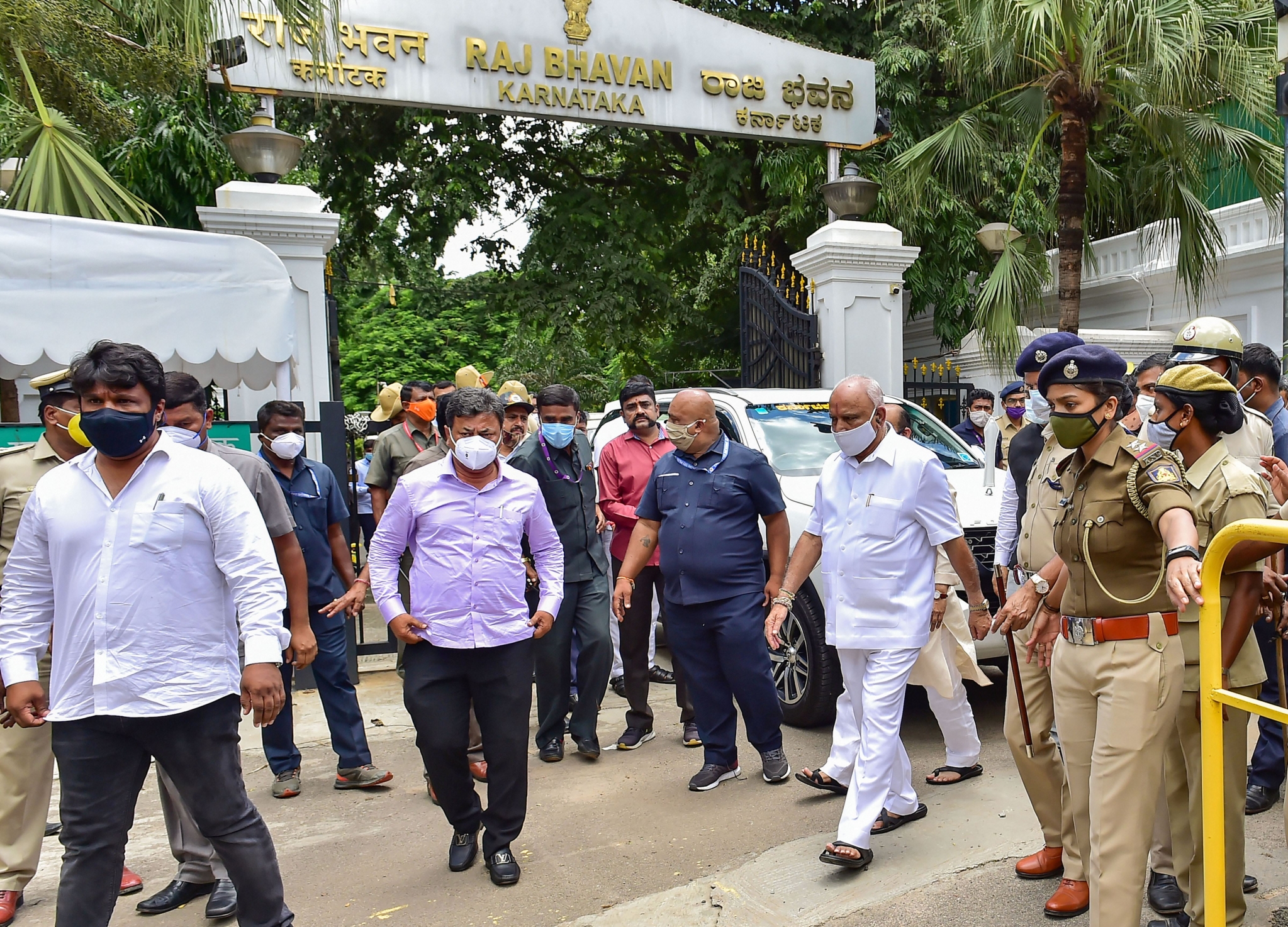 Stating that nobody pressurised him to step down, veteran Bharatiya Janata Party (BJP) leader BS Yediyurappa on Monday resigned as Karnataka Chief Minister.

Yediyurappa, however, said that he will not be suggesting any names for the coveted post. "I will not suggest any names. It is the prerogative of the BJP party high command to choose the new chief minister," he said.

Meanwhile, to elect the new chief minister of Karnataka, the BJP will appoint central observers. According to news agency ANI, the saffron party is likely to appoint Union Minister Dharmendra Pradhan and Karnataka BJP in-charge Arun Singh to be the two central observers who will pick the new leader.

There are many names doing the rounds to take over as the new chief minister. However, BJP's National General Secretary (Organisation) BL Santhosh, BJP General Secretary CT Ravi, and home minister in the outgoing Yediyurappa cabinet Basavaraj Bommai are the frontrunners.

Meanwhile, according to news agency IANS, the BJP top brass is mulling over four Deputy Chief Ministers retaining Laxman Suvadi, who belongs to the Lingayat community, which is one of the biggest in Karnataka comprising nearly 15 per cent of the state's population.

The functionary added that with BL Santhosh belonging to Brahmin community, which is about 2 per cent of the state's population, and in order to balance caste equations, the BJP top brass has come out with four DCM formula-- Lingayat, Vokkaliga, OBC and SC/ST -- to placate all prominent communities in the state.

The functionary further elaborated that among the three incumbent DCMs, in all probability Laxman Suvadi is likely to continue, while C N. Ashwath Narayan, belonging to the Vokkaliga community, may be replaced with former Karnataka Chief Minister D.V. Sadananda Gowda, who is one of the 12 Union Ministers dropped by Prime Minister Narendra Modi.

The functionary added that first time MLA, Rupali Naik from Karwar who belongs to OBC Maratha community, is likely to clinch as Deputy Chief Minister's post under the OBC category.

The Deputy Chief Minister's post is yet to be decided on whether to appoint an SC or an ST leader to shore up a sizeable chunk of the SC/ST votes in the state.

The functionary added that the new Chief Minister will be sworn in along with others in a day or two after July 26.