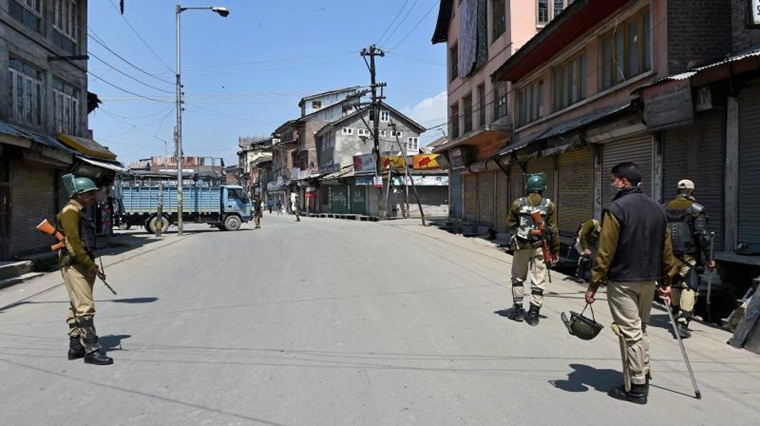 Srinagar (Jammu and Kashmir): The Jammu and Kashmir administration on Tuesday allowed broadband internet services in hotels, educational institutions and travel establishments in the Union Territory from January 15, an official order said late on Tuesday.

"Internet service providers (ISP - BSNL/private service providers) to provide broadband facility (with (Mac-binding) to all the institutions dealing with essential services, Hospitals, Banks, etc, as also government offices and in order to facilitate tourism, to hotels and tour and travel establishments," the order issued by the Jammu and Kashmir Home Department read.

The home department further said that 2G mobile connectivity on postpaid mobiles for accessing white-listed sites will be allowed in the district of Jammu, Samba, Kathua, Udhampur and Reasi. "Prior to giving such facility, the ISPs shall install necessary firewalls and carry out white-listing of sites that would enable access to government websites and websites dealing with essential services, e-banking, etc. excluding, however, all the social media sites," the order read. 6 soldiers among 12 killed in Jammu and Kashmir avalanches

"The aforesaid directions shall be effective from January 15, 2020, and remain in force for a period of seven days, unless modified earlier. These shall supersede all the orders earlier issued on the subject," it added. The order said that the institutions and government offices being provided internet access shall be responsible to prevent any misuse.

"While the mobile internet activity of all kinds has been suspended in JK. However, internet through fixed-line broadband facility exists in Jammu Division while in Kashmir Division, to facilitate the general public, students, etc," it said. "The existing access/communication facilities shall continue and the division administration Kashmir shall additionally establish 400 internet kiosks," the order added.