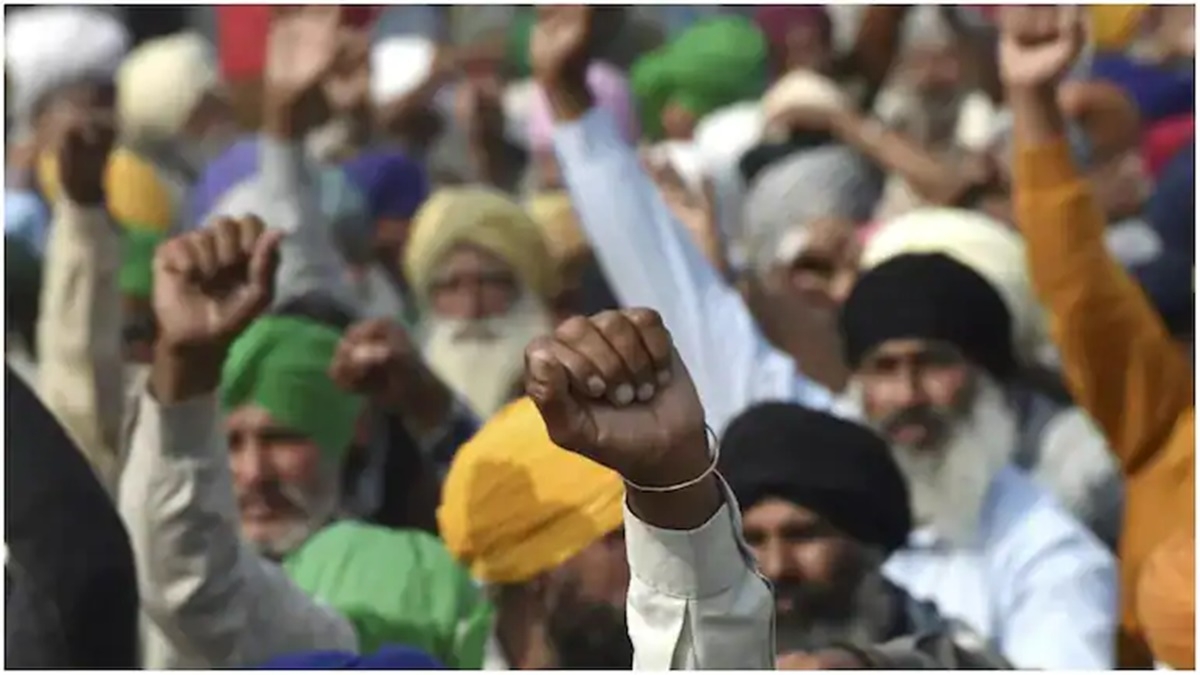 A body of a man with the limbs chopped off was found hanging on a police barricade at the farmers' protest site near Singhu border on Friday morning, as per media reports. "At about 5 am today, Kundli police station received information about a body of a man found hanging near a stage where the farmers have been protesting at the Singhu border," Deputy Superintendent of Police Hansraj told news agency ANI.

"A police inspector reached the site with a team and found that the man's body only had his undergarment on and his hands and legs were chopped off. He was hanged to a police barricade. People present there were questioned but nothing was revealed about who is responsible for this. The probe is on," he added. An FIR has been registered in the case, said the DSP. The identity of the dead man is yet to be ascertained.

According to images that have surfaced on social media, the body was seen hanging from a barricade. “The body has been sent to a nearby Civil hospital and further investigation is going on," according to a report by IANS.

Meanwhile, as per a report by NDTV, Nihangs - a 'warrior' Sikh group - are being blamed for the brutal murder. It is being reported that the man was killed for disrespecting the holy book of the Sikhs.

The Samyukta Kisan Morcha (SKM), an umbrella body of over 40 farmer unions leading the agitation against the three new farm laws, will meet at noon to discuss this incident and issue a statement, reported NDTV.

Several farmer organisations are protesting against the passage of three laws — The Farmers Produce Trade and Commerce (Promotion and Facilitation) Act, 2020, The Essential Commodities (Amendment) Act, 2020 and Farmers (Empowerment and Protection) Agreement on Price Assurance and Farm Services Act, 2020.

Initially, the protests started from Punjab in November last year and later spread mainly to Delhi, Haryana, and Uttar Pradesh.

On October 3, Lakhimpur Kheri in Uttar Pradesh witnessed a vehicle-ramming attack and mob lynching incident during the farmers' protest. In the incident, four farmers were killed apart from five others.

Farmer organisations claimed that so far 630 farmers have died protesting against the three farm laws for the past year.

(With input from ANI and IANS)