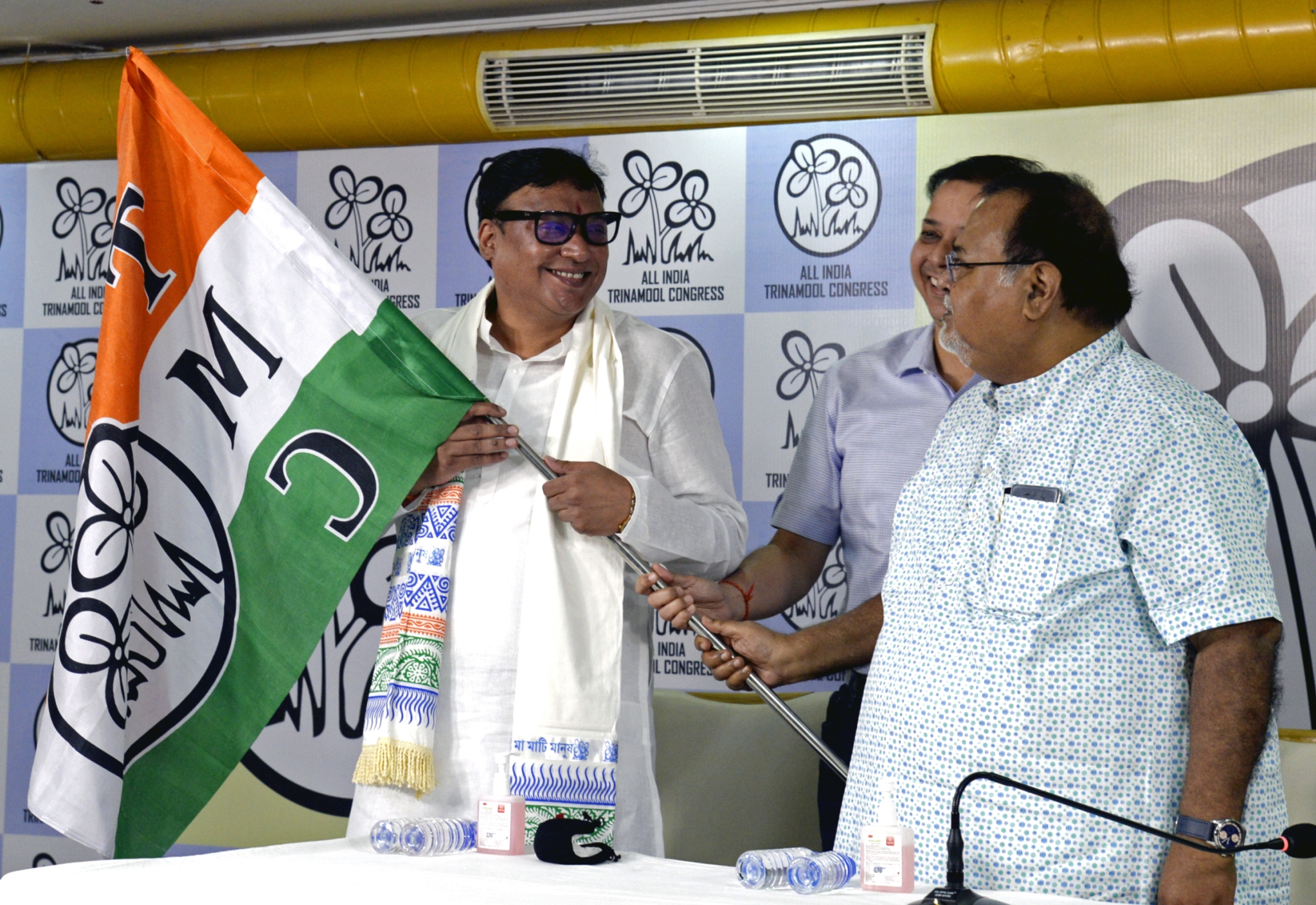 Notably, while joining he said that working for people is not possible in the saffron camp for which he had rejoined TMC within six months. Ahead of the recently concluded West Bengal Legislative Assembly polls, Kalyani had defected to the saffron camp.

“Though he had won the Raiganj seat and became MLA, he has full faith in the leadership of Chief Minister Mamata Banerjee for which he had decided to join back TMC to work for the benefit of people,” said Partha.

After rejoining, Kalyani claimed that despite working for people he was issued a show-cause notice by the BJP and also that the saffron camp had conspired against him.

“The BJP wanted me to lose the polls and despite working hard for people, I was not given any recognition by the party. On the contrary, a show-cause notice was issued against me for which I had left the party. By rejoining TMC, I have rectified my mistake of joining BJP,” said Kalyani.

West Bengal BJP chief Sukanta Majumdar said that people of Raiganj will give befitting reply to Krishna Kalyani for defecting back to TMC.

“The decision of rejoining TMC is his personal choice. He was not attending party programs and was not in touch with anyone. The people of Raiganj who have voted for him will give the befitting reply in due course of time,” mentioned Sukanta.

It can be recalled that on October 1 while leaving BJP, Kalyani alleged that Raiganj BJP MP Debasree Chowdhury is conspiring against him and is not letting him work for the people.

“Debashree for days didn’t visit the constituency and suddenly she started conspiring against me. A day before I got a show-cause notice from BJP leader Pratap Banerjee. Staying in the same party with her is impossible for me,” the BJP Raiganj MLA was heard saying while leaving BJP. It is pertinent to mention that with Krishna Kalyani’s defection to the ruling Trinamool Congress, the BJP now have total 70 MLAs in West Bengal.