Panaji: While slamming the opposition for criticising the Goa government's vaccination efforts, state BJP chief Sadanand Shet Tanavade on Thursday said that despite the Congress' criticism, Leader of Opposition Digambar Kamat had no qualms about getting himself vaccinated "free of cost".

Tanavade was responding to a mediaperson at a press conference in Panaji, over the questions being raised by the Opposition about the claim made by Chief Minister Pramod Sawant on 102 per cent coverage of the first Covid vaccination jab in the state.

"They did not pay money... Digambar Kamat has also taken a free vaccine. He did not pay. He took Covishield doses like us. We also took it free of cost. The government gave it free of cost to every one," Tanavade said.

The ruling Bharatiya Janata Party and the Opposition have been waging a war of words over Sawant's claim on Wednesday, that the Goa government had exceeded 100% coverage of the first vaccine shot and had clocked 102% vaccination.

“Altogether there are 11.66 lakh persons eligible for vaccination in Goa. Till date, we have vaccinated 11.88 lakh. We have in fact vaccinated 102%,” Sawant said, as per an Indian Express report. He said that in addition to its population, the government had also vaccinated tourists and foreign nationals.

The CM had also said that while 5.2 lakh persons have been administered the second vaccination dose, the government aims to complete the exercise by October 31.

Tanavade said that the Congress could not stomach the fact that the country had been doing well in its ambitious programme to vaccinate as many Indians as possible.

"For the first time, we have seen that India made a vaccine because of Narendra Modi's sincere leadership and his ability to take decisions. On the basis of this strength, Covaxine and Covishield (vaccines) were manufactured in India and we could export them," Tanavade said. 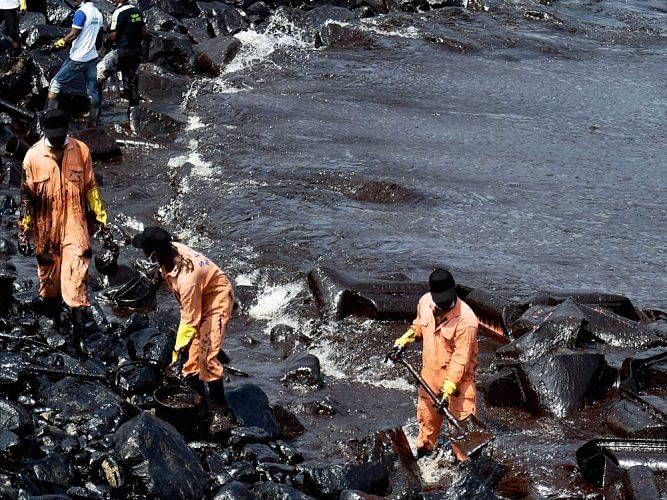