Congress leader Rahul Gandhi alleged on Monday that the BJP is obstructing the process of justice by not dismissing Union Minister of State for Home Ajay Kumar Mishra, whose son has been arrested in the Lakhimpur Kheri violence case.

He alleged that the central government neither cares about farmers nor the BJP workers killed in the violence on October 3.

A silent protest was held on Monday in various parts of the country by Congress leaders, including Priyanka Gandhi who was in Lucknow, demanding the dismissal of the Union minister.

"By not sacking this minister, the BJP is obstructing the process of justice. The central government neither cares about farmers nor about the BJP workers who have been killed," Rahul Gandhi said in a tweet in Hindi while demanding justice for the farmers.

He also used the hashtag '#KisanKoNyayDo with his tweet.

Gandhi and his Congress party have been demanding the sacking of Mishra, whose son Ashish is named in the FIR related to mowing down of four farmers in Lakhimpur.

The Uttar Pradesh Police on Monday got a three-day remand of Ashish, who was arrested on Saturday night after around 12 hours of questioning.

Two BJP workers, a driver and a journalist were also killed in the violence. 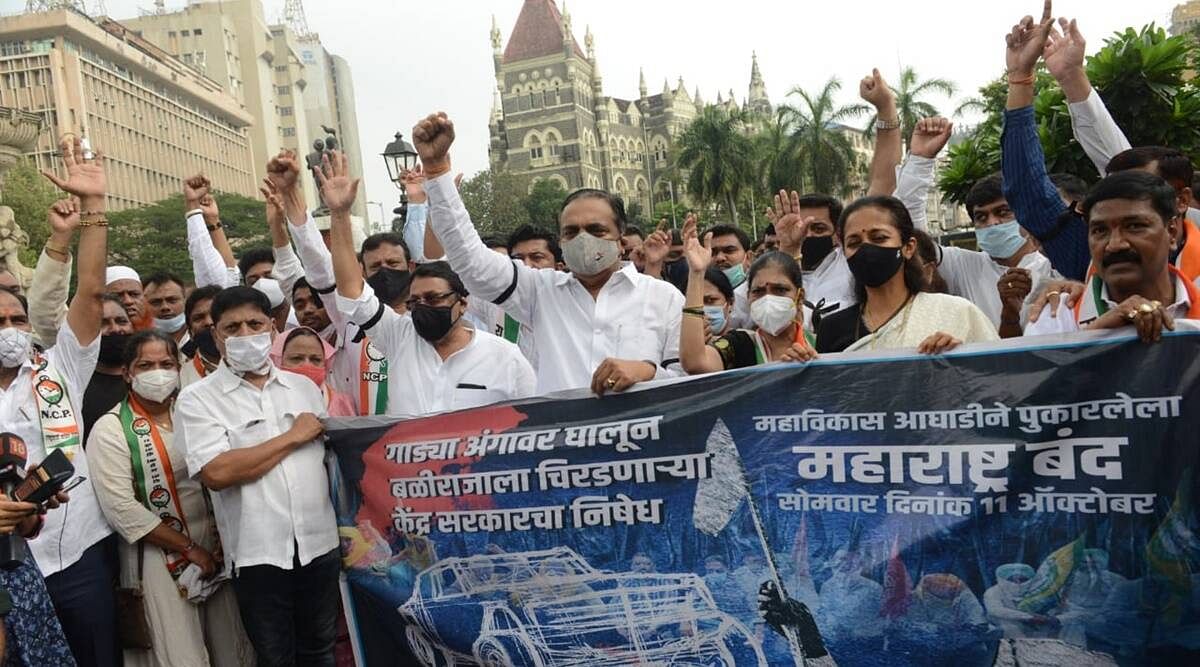