Rakesh Jhunjhunwala had an estimated net worth of $5.5 Billion (as of July 2022), which made him the 36th richest man in India

Mumbai: Ace stock market investor Rakesh Jhunjhunwala, often referred to as India's own Warren Buffet passed away at the age of 62.

Jhunjhunwala was brought dead to the Mumbai hospital, Breach Candy Hospital CEO N Santhanam told The Indian Express. Jhunjhunwala was suffering from diabetes and a kidney ailment, a doctor said. As per reports, he was admitted to the hospital a few days ago and later discharged.

After graduating from Sydenham College in 1985, he enrolled at the Institute of Chartered Accountants of India and married Rekha Jhunjunwala, who is also a stock market investor.

PM Modi and Union Ministers' and others mourn the loss

PM Narendra Modi, Union Minister Smriti Irani and several other senior members of the Union cabinet expressed deep grief over the passing away of the noted stock broker.

"Rakesh Jhunjhunwala was indomitable. Full of life, witty and insightful, he leaves behind an indelible contribution to the financial world," PM Modi said in a tweet, sharing a photograph of himself with the investor.

"He was also very passionate about India's progress. His passing away is saddening. My condolences to his family and admirers. Om Shanti," the Prime Minister added.

Union Home Minister Amit Shah said, "Anguished to learn about the passing away of Rakesh Jhunjhunwala Ji. His vast experience and understanding of the stock market have inspired countless investors. He will always be remembered for his bullish outlook.

My deepest condolences to his family. Om Shanti Shanti."Union Defence Minister Rajnath singh said, "Shocked by the sudden demise of seasoned Investor, Shri Rakesh Jhunjhunwala. He will be remembered for his contributions in business and industry. He was at the forefront of creating a culture of investing in Indian stock markets. Condolences to his family and many admirers."

Shri Rakesh Jhunjhunwala is no more. Investor, bold risk taker, masterly understanding of the stock market, clear in communication- a leader in his own right. Fondly remember several conversations we’ve had. Had strong belief in India’s strength and capabilities. Condolences

Rakesh Jhunjhunwala was indomitable. Full of life, witty and insightful, he leaves behind an indelible contribution to the financial world. He was also very passionate about India’s progress. His passing away is saddening. My condolences to his family and admirers. Om Shanti. pic.twitter.com/DR2uIiiUb7

Jhunjhunwala ran a privately-owned stock trading firm called RARE Enterprises. He was also the owner of India's newest airline Akasa Air which took off in Indian skies earlier this month.

End of an Era as the Big Bull of the Dalal Street , #RakeshJhunjhunwala passes away.
Condolences to his family and loved ones. Om Shanti 🙏 pic.twitter.com/3OrVSzU2Ty

Akasa Air, a dream project of Rakesh Jhunjhunwala, also backed by noted investor Rakesh Jhunjhunwala and aviation veterans Aditya Ghosh and Vinay Dube, received its air operator certificate from the Directorate General of Civil Aviation (DGCA) on July 7. Jhujhunwala, in a wheelchair, present at the Mumbai airport during the first inaugural flight from Mumbai-Ahmedabad on August 7, thanked the Ministry of Civil Aviation for ensuring the airline is born within a year.

We can’t wait to finally check you in to Your Sky! #OurFirstAkasa pic.twitter.com/LHjNmZoV2q

"I must thank you (Jyotiraditya Scindia) because people say that India has a very very bad bureaucracy but the cooperation that the Ministry of Civil Aviation has given us, it is unbelievable...Nowhere in the world has an airline been conceived and born in 12 months, he said.

"Normally a child is born in 9 months, we took 12 months. It would not have been possible without the cooperation of the Ministry of Civil Aviation."

A lot of people questioned why he planned to start an airline when aviation was not doing well, to which he replied, "I say I'm prepared for failure." He was always bullish about India's stock market and whatever stocks he purchased mostly turned into a multi-bagger. 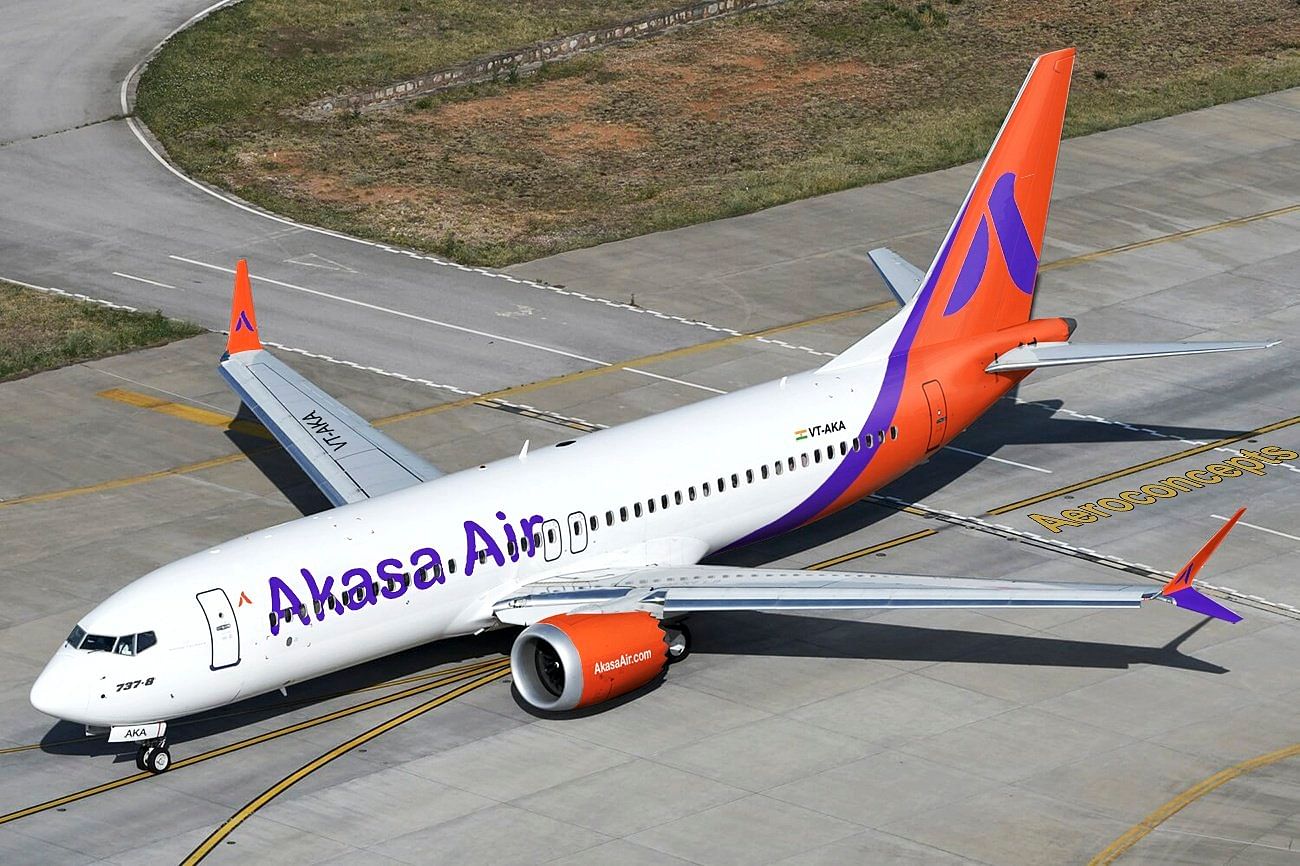