"Today all parties and members of the Bihar Legislative Assembly except the BJP have accepted Nitish Kumar as their leader," Yadav added.

We did see that happening in Punjab and Maharashtra, he added.

While addressing a joint presser with new ally Nitish Kumar, Yadav said, "Across the Hindi heartland, BJP does not have any alliance partner. History shows that the BJP destroys the parties with whom it forms alliances. We did see that happening in Punjab and Maharashtra." Yadav was accompanied by JD(U) leader and caretaker Chief Minister Nitish Kumar, who broke his alliance with the BJP and entered into a tie-up with RJD and some other parties.

"Today all parties and members of the Bihar Legislative Assembly except the BJP have accepted Nitish Kumar as their leader," Yadav added.

"JP Nadda said they will end regional parties. BJP knows only to intimidate and buy people. All of us wanted the BJP's agenda shouldn't be implemented in Bihar, we all know Laluji stopped the 'Rath' of Advaniji, and we won't relent at any cost," said Yadav.

The JD(U) and RJD together constitute a majority in the 243-member state assembly. JD(U) has 45 and the RJD has 79 MLAs. They also have the support of smaller parties like Jitan Manjhi's HAM. The BJP has 77 MLAs in the state assembly.

Nitish Kumar earlier in the day broke his alliance with the Bharatiya Janata Party (BJP) following a meeting of JD-U leaders and legislators. He then sought time from Governor Phagu Chauhan and tendered his resignation.

According to sources, many JD(U) legislators told Kumar in today's meeting that the alliance with the BJP had weakened the party since 2020.

Without naming Chirag Paswan, the legislators are reported to have recalled the actions of the former Lok Janshakti Party (LJP) chief during the 2020 state assembly polls while warning Kumar that if they were not alert, it would not be good for the party.

A meeting of the RJD-led opposition alliance was also held at former chief minister Rabri Devi's residence. The meeting authorised Tejashwi Yadav to take an appropriate decision on government formation in Bihar. 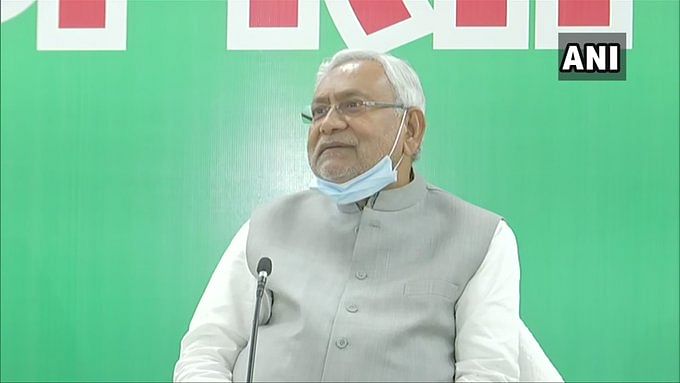