According to Nitish, the BJP, led by Narendra Modi is far different from the BJP of Atal Bihari Vajpayee who loved opposition too.

Bihar chief minister Nitish Kumar on Wednesday officially announced he would work for the 'unity of opposition parties' against the BJP for the 2024 Lok Sabha elections.

Immediately after taking oath for the 8th time as the state's CM, Nitish said, "all opposition parties should unite, I will work in this direction."

"My aim is to unite the opposition parties and make them stronger against the BJP. They came to power in 2014, but 2024 is not far, they may not," he said.

According to Nitish, the BJP, led by Narendra Modi is far different from the BJP of Atal Bihari Vajpayee who loved opposition too. His aim was to unite the opposition instead of just becoming the prime minister.

Nitish's comments indicated that he may allow his deputy Tejashwi Yadav to lead in Bihar and shift himself to national politics.

A senior Congress leader recalled that in 2008, "The then PM Manmohan Singh, Sonia Gandhi and Nitish Kumar were surveying the flood affected North Bihar following Kusaha dam disaster and that Sonia had asked Nitish to join the UPA." 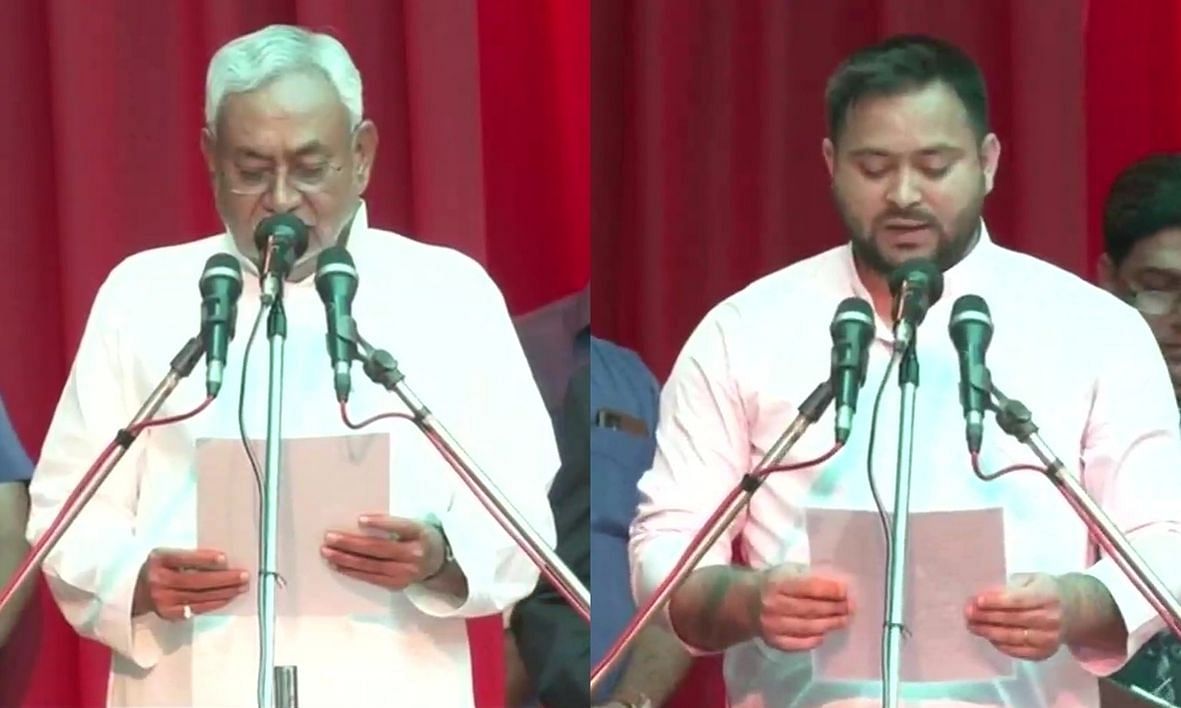