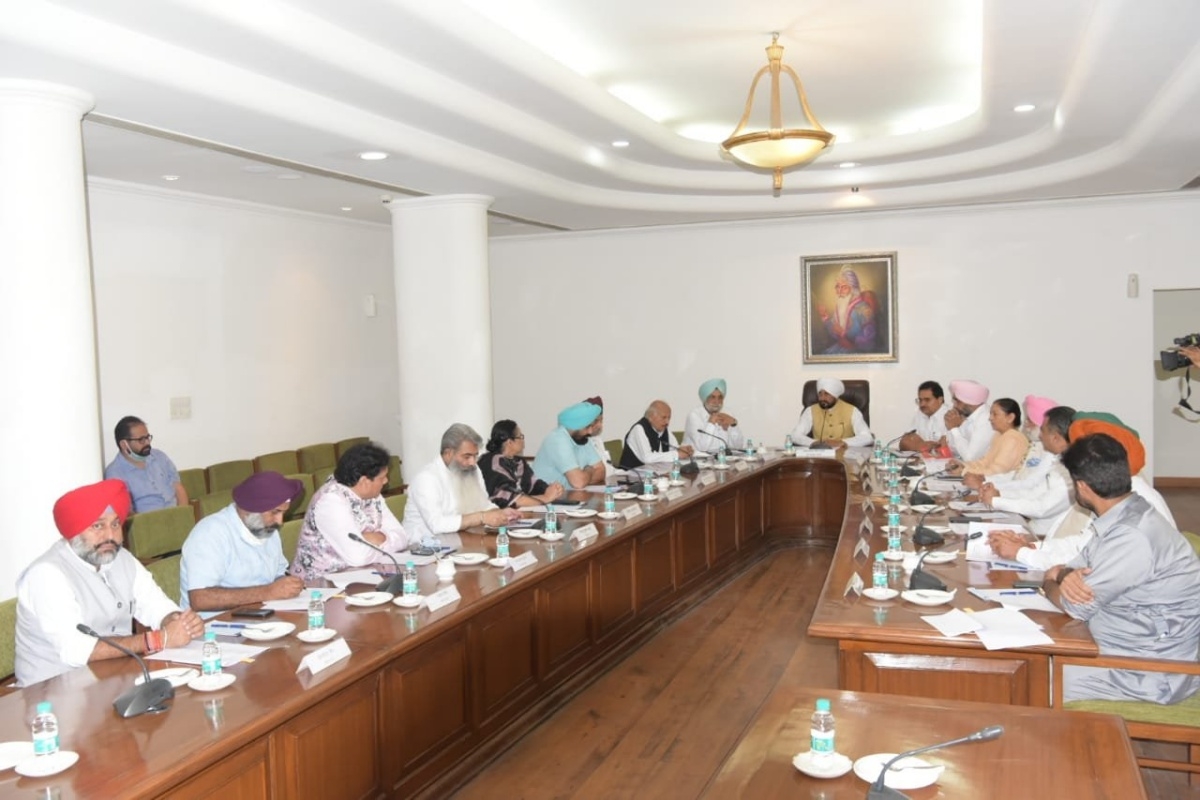 Punjab Chief Minister Charanjit Singh Channi on Monday chaired an emergency meeting with Council of Ministers in view of the 'Bharat Bandh' protest against three farm laws. During the meeting, the Council of Ministers passed a resolution expressing solidarity with the farmers and their demands.

The meeting comes a day after 15 MLAs were inducted into the new cabinet of Charanjit Singh Channi.

"#I Stand With Farmers & appeal the Union Govt. to repeal the three anti-farmer laws. Our farmers have been struggling for their rights since more than a year & it is high time that their voice is heard.," Charanjit Singh Channi said in a tweet.

Channi moved around with minimum security in the area. At Mandi Kalan village, he had a meal at the house of a farm labourer who had died during farm protests. He was seen frequently getting out of his vehicle to meet farmers on the way. He also stopped on the way to greet a newly married couple.

During his visit, Channi visited village Mandi Kalan where apart from visiting the cotton fields he went to the house of farm labourer Sukhpal Singh, who had died at the Delhi borders while protesting against farm laws.

The CM also interacted with farmers and visited their cotton fields in Katar Singh Wala village. He expressed his concern over the pink bollworm attack on their crop. “We are not bothered about money to be spent to save crops, we are committed towards farmers. First of all, we will be using pesticides spray to control the spread of the disease and if nothing works out, we will compensate the farmers,” he said.

Punjab CM Charanjit Singh Channi chaired emergency meeting with Council of Ministers in view of the 'Bharat Bandh' protest against three farm laws. The Council of Ministers passed a resolution expressing solidarity with the farmers and their demands: CMO pic.twitter.com/kZcsF43uB2

Meanwhile, the 6 am to 4 pm Bharat Bandh, which saw demonstrations and rallies in many places, passed off relatively peacefully with no reports of injuries or serious clashes. The impact was felt the most around Delhi, Punjab, Haryana and western Uttar Pradesh, the centre of the farm protests, and also in large pockets of Kerala, Bihar, Jharkhand, West Bengal and Odisha.

Protesters blocked highways and arterial roads and squatted on tracks in several places from morning as the shutdown called by the Samyukta Kisan Morcha, an umbrella body of 40 farmer unions, got underway. The blockade was lifted at 4 pm.

The SKM claimed in a statement that its call for a shutdown had received an "unprecedented and historic" response from more than 23 states and not a single untoward incident was reported from anywhere.

For the unversed, the three laws -- The Farmers' Produce Trade and Commerce (Promotion and Facilitation) Act, 2020, The Farmers (Empowerment and Protection) Agreement of Price Assurance and Farm Services Act, 2020, and The Essential Commodities (Amendment) Act 2020 -- were passed by Parliament in September last year.

Farmer groups have alleged the laws will end the 'mandi' and the MSP procurement systems and leave farmers at the mercy of big corporates. The government has rejected these apprehensions as misplaced and asserted that these steps will help increase farmers' income. 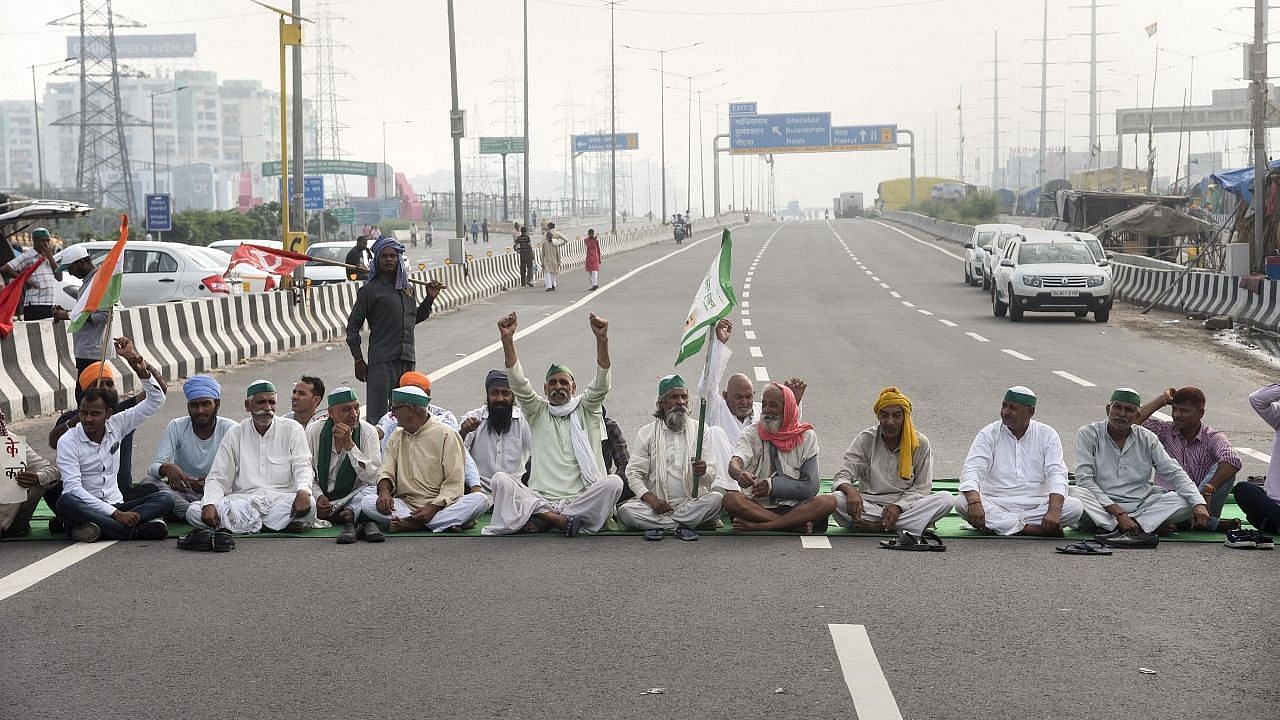 Haryana and Punjab farmers block highways, shut down shops in view of Bharat Bandh against govt's...