The meeting took place at "Keshav Kunj" in Jhandewalan, the RSS headquarters in Delhi, and lasted for one-and-half hours.
ANI 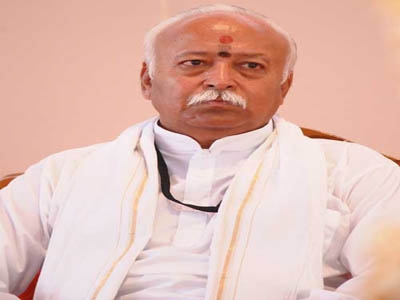 Informed sources told ANI that the meeting, which took place at "Keshav Kunj" in Jhandewalan, the RSS headquarters in the national capital, lasted around one-and-half hours.

They claimed that Madani visited the RSS headquarters on the initiative of "Rashtriya Janmanch", a forum which works to foster national unity.

What transpired in the meeting was not immediately known but sources said it was an "unprecedented" meeting which will help the cause of social unity.

"The meeting was historical from the perspective of Hindu-Muslim unity. Both the sides were satisfied with the deliberations," a source said.

Former BJP General Secretary (Organisation) Ram Lal, who is back with RSS, has been asked to continue the dialogue and take forward the issues deliberated at the meeting.

The meeting comes amid growing tensions between India and Pakistan after the government's recent decisions of abrogation of Article 370 and bifurcation of Jammu and Kashmir into two Union Territories - Jammu-Kashmir and Ladakh.

It also comes days after the government passed a bill in Parliament criminalising triple talaq.

Madani, who recently presided over a meeting of Jamiat's Working Committee at its headquarters, had demanded that the government enact a special law to deal the issue of mob-lynching.

Madani had expressed his deep concerns about the deteriorating communal atmosphere, particularly "spurt of mob-lynching incidents" in the country after the re-election of the government.