Two persons have been arrested while the kingpin reportedly operated from New Delhi.
Shankar Raj 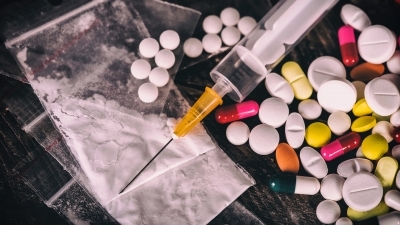 Bengaluru: The Karnataka police have busted a drug peddling racket that delivered banned substances through courier services passing them off as court documents, gift boxes, and soaps.

Two persons have been arrested while the kingpin reportedly operated from New Delhi.

Sources in the Central Crime Branch said that drugs were being shipped from New Delhi to customers in Bengaluru in the form of books by speed post. "The books, addressed to an advocate, were labeled as court documents," an official said.

The two accused were identified as Ravi and Ravi Prakash from Jharkhand and they were found in possession of MDMA ecstasy pills, LSD, charas, and hydro marijuana.

Bengaluru has become the center of drug rackets in the south, especially with the presence of students from African countries. Sources say there is a nearly 10-fold rise in registered drug cases, from 285 in 2018 to 2,766 in 2020. 2021 has already seen 2,550 cases being registered especially after the Covid lockdown was eased.

The consumers include celebrities, students, and IT professionals. Two well-known Sandalwood actors were arrested recently in connection with drug consumption and supply.

Sources say that there is a consumer network which is a tightly bound unit, with suppliers selling only to known purchasers.

Officers say police call records and WhatsApp data have helped police zero in on users and suppliers. “The network operates on mobile phones and messaging services,” said a source.