The party organized this protest to bring the police department out of the clutches of politicians.
Shankar Raj 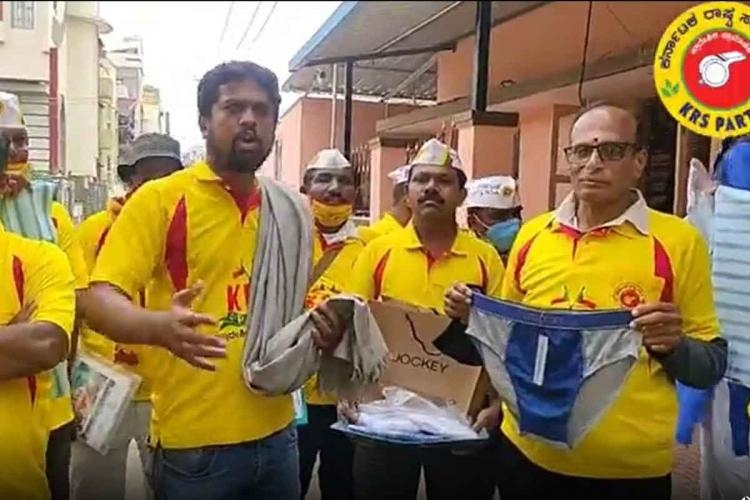 An organization presented innerwear as gifts to the policemen at a station as a protest against the cops after visuals of them accepting gifts from a former BJP MLA went viral.

"Former BJP legislator from Dasarahalli constituency in Bengaluru convened a meeting in the police station and gifted new clothes on Deepavali festival. In turn, the station officer had facilitated the politician with a big garland and Mysuru Peta (royal turban worn by erstwhile kings of Mysuru)," Reddy said, adding that the MLA ‘left out innerwear’ from the gifts. So the KRS distributes these ‘gifts’ as a form of protest.

The party organized this protest to bring the police department out of the clutches of politicians. "We want to bring police out of the slavery of corrupt politicians and awake a sense of self-respect in them," Reddy said.

Though the KRS party members tried to hand over the clothes and the collected money to a policeman at the Bagalagunte police station, he refused to accept them.

The KRS workers then opened the gift boxes and displayed the innerwear for the public. When asked about the gifts given by the BJP MLA, the police said that appropriate action had already been initiated.