Basavaraj Bommai elected as new Karnataka CM; BS Yediyurappa’s tearful exit was just ‘drama’ as he had resigned on July 10 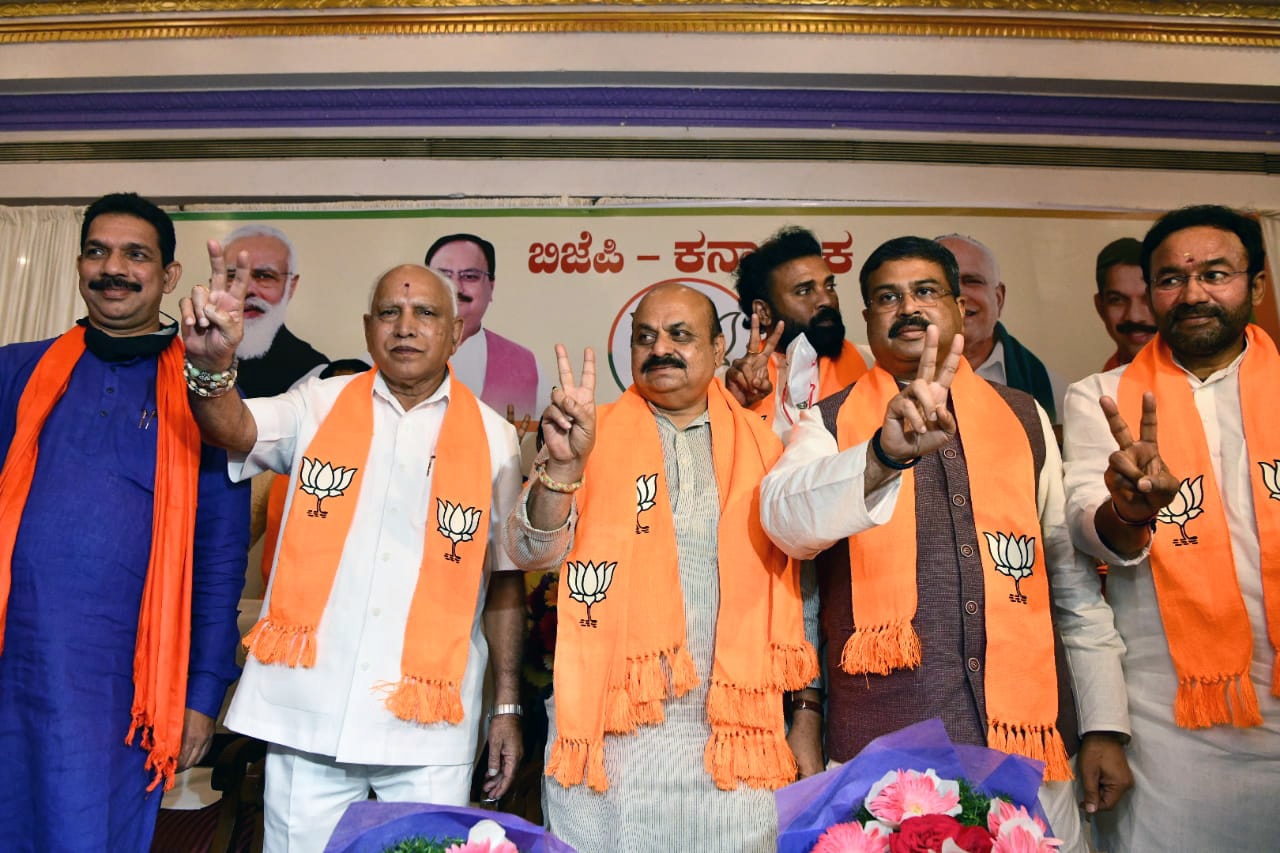 Karnataka, July 27 (ANI): Basavaraj S Bommai to be the next CM of Karnataka announces BJP observer for the state, during the BJP Legislative Party meeting, in Bengaluru on Tuesday. | (ANI Photo)

Bengaluru: In what looked like a smooth transition, Basavaraj Bommai (61), Home Minister in the outgoing BS Yediyurappa cabinet, was unanimously chosen as the next Chief Minister of Karnataka.

Considering his seniority and status in the party, central observers of the BJP asked Yediyurappa to propose the name of his successor and, without batting an eyelid, he proposed the name of Bommai, his loyalist, confidant and a Lingayat, at the BJP Legislative Party meet here on Tuesday. Govind Karjol seconded the proposal.

Soon after, Bommai went to the Raj Bhavan to meet Governor Thawar Chand Gohlot. He will be sworn-in CM on Wednesday.

Briefly speaking to the media, Bommai said, “I thank the party and leader BS Yediyurappa for making me the CM of Karnataka. I will work for the people of the state. On this occasion, I would like to thank Prime Minister Narendra Modi and Home minister Amit Shah. Yediyurappa proposed my name in the meeting and blessed me. I also thank all the MLAs of the party.”

On his part, Yediyurappa said: "I am confident Bommai will lead Karnataka on the path of development and fulfill the aspirations of people of the state." He said his first priority would be to control the spread of the coronavirus and that he will consult all senior leaders on major decisions.

Son of former CM, the late SR Bommai, the new CM, belongs to the Sadara Lingayat community. He is a two-time MLC and three-time MLA from Shiggaon in Haveri district and hails from the 'janata pariwar'.

Bommai joined the BJP in 2008 and held the portfolio of water resources earlier. He is an engineer by profession and started his career with the Tata group.

The rebels in the BJP are unlikely to take the selection lying down. They view Bommai as a proxy of BSY and are expected to give a tough time to the new CM, especially in the selection of the new Cabinet.

The BJP has, in recent days, gone in for unconventional candidates for key positions from Karnataka, including in the Rajya Sabha and the Union Cabinet. Little-known party workers Ashok Gasti and Eranna Kadadi were picked for the Rajya Sabha in 2019 at the cost of heavyweights. Earlier this year, Dalit MP A Narayanaswamy was picked for the Union Cabinet.

Meanwhile, according to new information, Yediyurappa’s tearful exit was just a ‘drama’ as he had resigned on July 10 itself. NDTV, quoting sources, said a senior leader close to BSY delivered the resignation letter to Prime Minister Narendra Modi in Delhi the same day.

In other words, the BJP high command had obtained BSY’s resignation weeks earlier. Six days later, Yediyurappa went and met the Prime Minister and other senior leaders in what looked like a farewell trip.

But at the Delhi meetings with senior leaders, Yediyurappa pleaded that he be allowed to continue till August 15 saying he wanted to unfurl the national flag on Independence Day as his last act as Chief Minister, the NDTV report said. But the high command turned down the request, upsetting Yediyurappa.