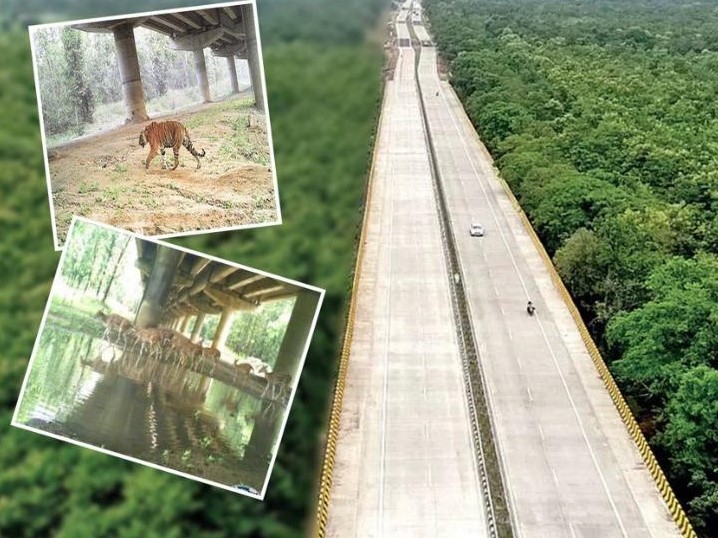 With the Maharashtra government announcing its electric vehicle (EV) policy recently, the area dedicated for parking and charging of such vehicles along the upcoming Mumbai-Nagpur Samruddhi Expressway has been increased five-fold, a senior official said on Wednesday.

The Maharashtra government had last month announced its new EV policy with an aim of making such vehicles achieve 10 per cent share of total registrations by 2025. The new policy updated the one announced in 2018.

"Nearly 70 per cent civil work of the 701-km long Samruddhi Expressway has been completed. The amenities of fuel stations and electric vehicle charging stations will be made operational simultaneously with the highway," Joint MD of Maharashtra State Road Development Corporation (MSRDC), Chandrakant Pulkundwar, told PTI.

The highway has been officially named as Hindu Hridaysamrat Balasaheb Thackeray Samruddhi Mahamarg.

Earlier, the space reserved for parking and charging of e-vehicles in the amenities area along this highway was five per cent. But soon after the government announced the EV policy, it was decided to increase the area for these purposes to 25 per cent, he said.

A total of 20 such points, each with an area of six to seven hectares, are being set up along the highway. Each point will have a parking space that would accommodate 75 to 300 vehicles, and 25 per cent of the total capacity would be reserved for electric vehicles, Pulkundwar added.

"Seventeen such locations have already been finalised and three others will be finalised soon," he said, adding, "We shall provide space for the station and the company would develop the facility over there. We have entered into a contract with a central government PSU for the same." The MSRDC also plans to generate electricity along the highway, he added.

"We have a plan to generate 160 MW electricity along the highway project. Once the civil work gets over, the work for solar panel installation will also commence. Besides that, we are also planting lakhs of trees along the corridor," he said.