'Attacked Rakesh Tikait for not speaking in Kannada': Accused to Karnataka Police

BKU Spokesperson and farmer leader Rakesh Tikait interacts with media after an unidentified person threw ink on him, during an event, in Bengaluru | PTI

Bengaluru: The three accused persons, who attacked Bhartiya Kisan Union leader Rakesh Singh Tikait, have taken a u-turn and claimed that they attacked him for not speaking in Kannada, police sources said on Thursday.

The police also said that they were probing the statements of the accused.

Tikait was attacked and assaulted with black paint while addressing a press conference at Gandhi Bhavan in Bengaluru on Monday.

The accused had taken the name of Prime Minister Narendra Modi while carrying out the attack and while being taken away by the police. The investigating officers are seeing the development as a premeditated act.

"The accused's statement is misleading and they will be investigated further," said police sources.

Shivakumar had barged on the platform and attacked Rakesh Tikait and later tried to attack other farm leaders also. Investigations have shown that Shivakumar was an accused in a murder case and is convicted for life imprisonment.

He got released for good conduct in 2015. After the release, he was active in an organisation with his sister and took part in many protests. The police are investigating his involvement in other crimes.

Another accused Pradeep is a cab driver. He had poured black paint on Rakesh Tikait and others. The police have also launched a hunt for women who were seen with the accused during the event on that day. Police said that all of them have disappeared after the incident.

The Congress has described the incident as a black mark on the state. 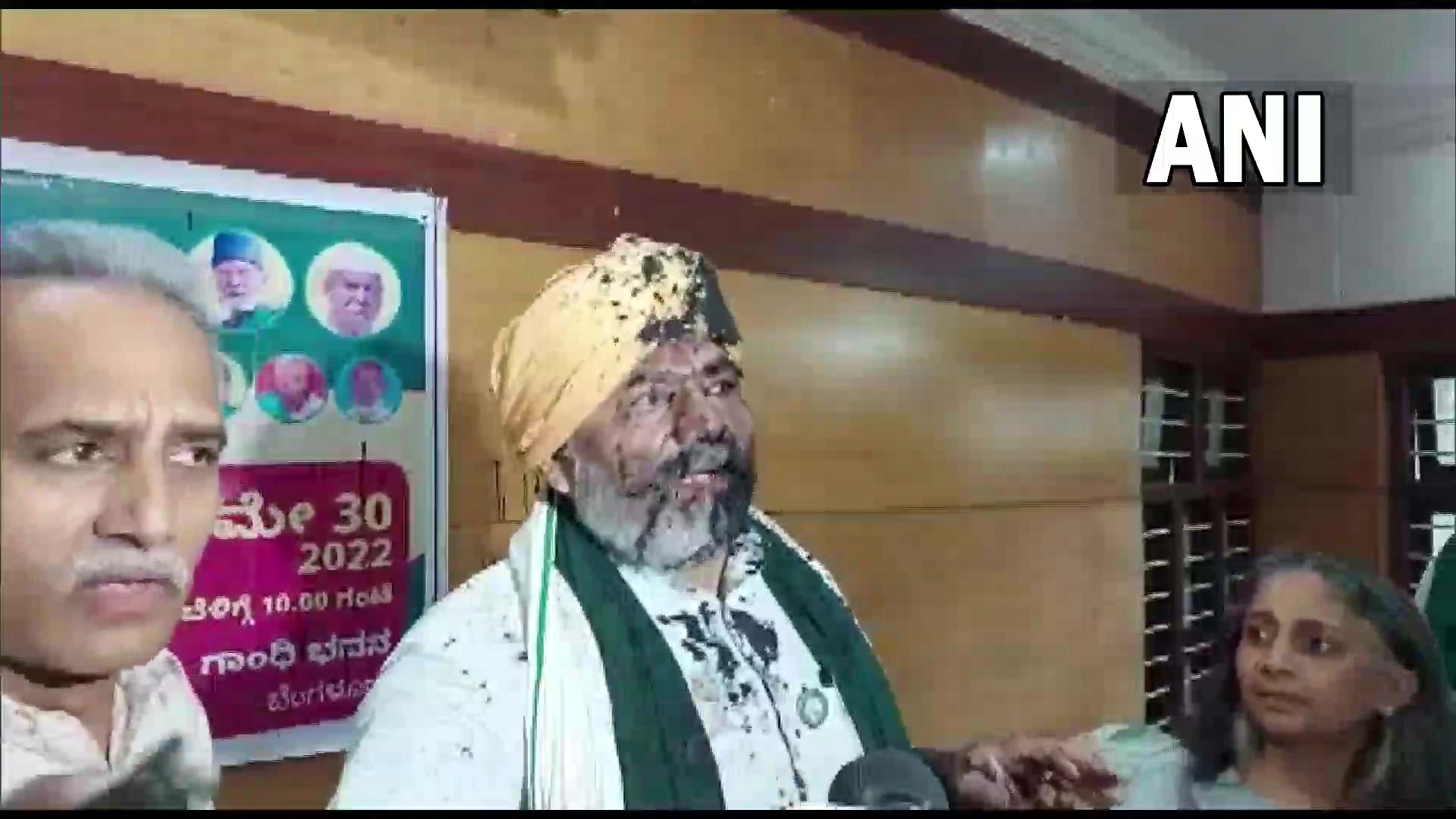 HomeIndia'Attacked Rakesh Tikait for not speaking in Kannada': Accused to Karnataka Police