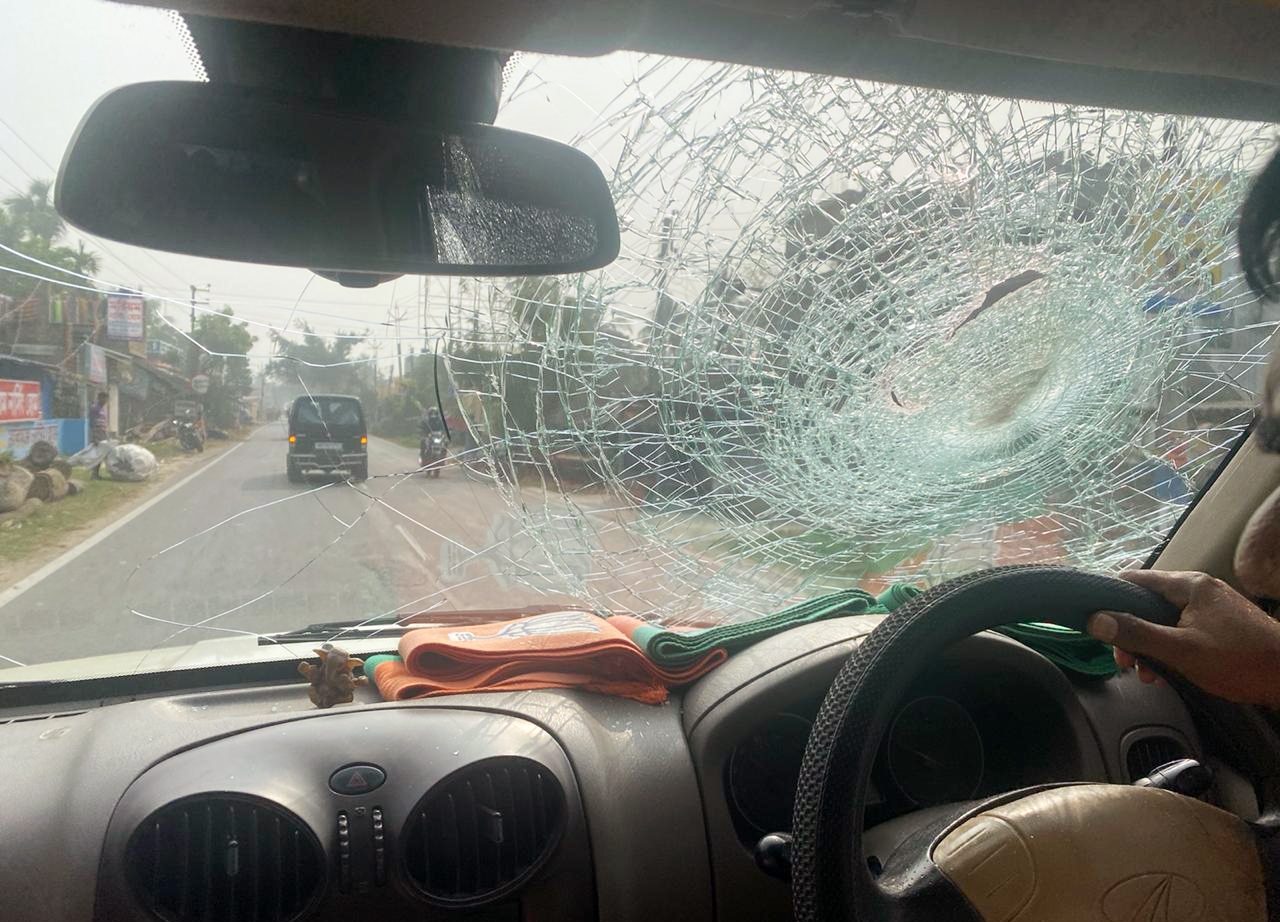 Mamata Banerjee seems to have unwittingly played into the BJP’s hands. An incident of apparent political hooliganism – involving hurling of stones and bricks at BJP president JP Nadda’s convoy – provoked Home Minister Amit Shah on Thursday to order an investigation into the attack and prod the Governor into seeking a detailed report on law and order in West Bengal.

The report has to be submitted by the Bengal administration within 12 hours with the BJP shouting itself hoarse that the state has slipped into anarchy.

According to media reports, the BJP chief's convoy was allegedly ambushed by TMC supporters while he was on his way to a meeting of party workers in Diamond Harbour, which is the parliamentary constituency of Chief Minister Mamata Banerjee's nephew Abhishek Banerjee.

Dramatic video footage showed rocks smashing the windscreen and windows of other vehicles as they ploughed through a violent crowd.

"If I reached here for the meeting, it is due to Ma Durga's blessings," said Nadda. He claimed he was unhurt because he was travelling in a bullet proof car. However, the other BJP leaders, Kailash Vijayvargiya and Mukul Roy, were not that fortunate and were injured, it is claimed. Some journalists were pushed and manhandled, according to PTI. Predictably, the BJP lost no time in announcing state-wide protests.

Mamata Banerjee claimed the attack was orchestrated and accused the BJP of having a penchant for "drama," to sully her government’s image ahead of the assembly polls next year.

"They are importing a new Hindu Dharma. That is not our Hindu Dharma. They are passing off a disgusting dharma as Hindu dharma with which neither you nor I have anything to do. This is how Hitler became Hitler, this is how Ceausescu became Ceausescu. Mussolini became Mussolini. This Narendra Babu sarkar simply creates drama and sends videos of the ruckus they have themselves created to the media. And the media has no power to question them,’’ she added.

The BJP leaders did not mince their words either. "Mamata ji has defamed Bengal, I myself am embarrassed over what is happening," BJP leader Kailash Vijayvargiya told a news portal. Asked to respond to TMC's allegation that the BJP itself is behind the scripted incident, Vijaywargiya said, "Mamata ji's white lies are just like her white sarees. If there's ever a competition of liars then I guarantee Mamata ji will fetch gold medal.’’

Incidentally, Nadda enjoys Z-Plus category security. That gave Mamata the excuse to point out: "You have so many CISF-BSF commandos. Then how can they touch your car? What about your people who go around with shot guns?"

The Chief Minister's nephew Abhishek Banerjee, in whose constituency the attack took place, said, "If the people don't like the BJP, what can we do?"

Trinamool Congress (TMC) workers were protesting against the controversial farm laws near Sirakhol when the BJP convoy was passing by. Nadda, who arrived in Kolkata on Wednesday, is on a two day visit to West Bengal in a bid to instil confidence amongst party workers as part of a massive outreach programme ahead of the 2021 Assembly elections.