The Defence Ministry on Tuesday signed a contract with Bharat Dynamics Limited (BDL) for the supply of ASTRA MK-I Beyond Visual Range (BVR) Air to Air Missile (AAM) and associated equipment for the Indian Air Force and Indian Navy at a cost of ₹ 2,971 crore under Buy (Indian-IDDM) category.

A Defence Ministry statement Tuesday said Astra Mk1 has been designed and developed “based on the staff requirements issued by the Indian Air Force catering for beyond visual range as well as close combat engagement, reducing the dependency on foreign sources”.

“Until now, the technology to manufacture missiles of this class indigenously was not available,” the statement added.

The Rs 2,971-crore contract for Astra Mk1 will be executed in six years. The DRDO has completed the transfer of technology on the missile and associated equipment to BDL and the production has already started, the statement said.

It uses mid-course inertial guidance driven by fibre optic gyroscope with terminal guidance through active radar homing. It is capable of receiving course corrections through a secure data link.

The missile's active radar seeker with a homing range of 25 km (16 mi) is supplied by Agat and will be manufactured locally. The seeker can lock-on to a target with a radar cross section of 5 square metres from a distance of 15 km and enables off-boresight launches up to an angle of 45°.

Astra is equipped with electronic counter-countermeasures to allow operation even during enemy attempts to jam the seeker using electronic countermeasures. It carries a 15 kg high explosive pre-fragmented warhead activated by a proximity fuse. Astra uses a smokeless solid fuelled motor that can propel the missile to a speed of Mach 4.5 and allows operation from a maximum altitude of 20 km

This is the first major order for the Astra missiles, which were contracted in small numbers last year under emergency procurement, amid the ongoing border standoff with China in the Ladakh sector, officials said.

The development comes at a time when the ongoing Russia-Ukraine crisis has exposed India’s overwhelming dependence on imported weaponry, especially from Russia, and underlined the need for speeding up the indigenisation drive to become self-reliant.

BVR capability allows fighters jets to shoot down hostile aircraft from a significant standoff range, while at the same time staying out of the adversary’s air defence envelope. The Astra missile is technologically superior and cheaper than many similar imported missile systems, the ministry said.

“This project will act as a catalyst for development of infrastructure and testing facilities at BDL. It will also create opportunities for several MSMEs (micro, small and medium enterprises) in aerospace technology for at least 25 years. The project embodies the spirit of ‘Atmanirbhar Bharat,” it added. 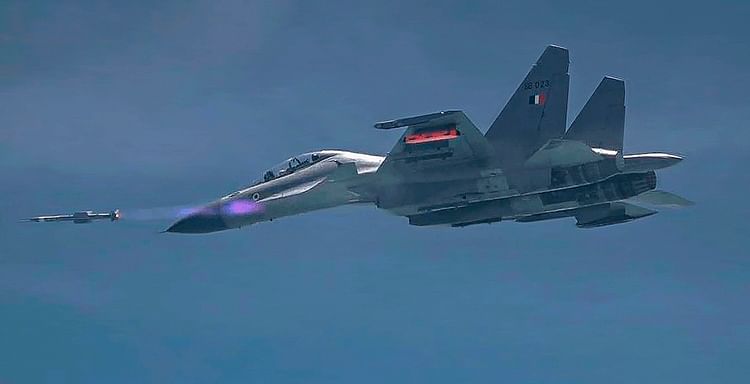