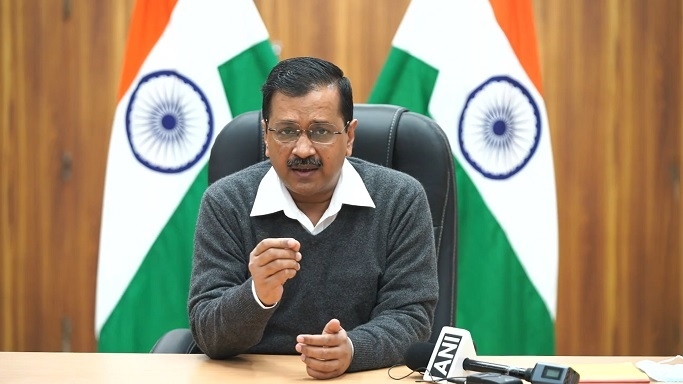 In a tweet on Tuesday, Kejriwal said the "Tiranga Yatra" will be taken out in an atmosphere of patriotism, appealing to the people of Jalandhar to join him at the event in large numbers.

"Tomorrow, I will join the Tiranga (tricolour) yatra in Jalandhar. I appeal to all the residents of Jalandhar that they come in large numbers. The Tiranga yatra will be taken out on the streets of Jalandhar in an atmosphere of patriotism with Tiranga in hands and chants of 'Bharat Mata Ki Jai'," he said.

This will be Kejriwal's second visit to Punjab this month. The Aam Aadmi Party (AAP) leader has increased the frequency of his visits in the poll-bound state in recent weeks.

Punjab goes to polls early next year and the AAP, which is the main opposition party in the state, is eyeing to wrest power from the ruling Congress.

Kejriwal launched a registration drive in Punjab on December 7, following his promise that Rs 1,000 would be given to women if his party comes to power in the state.

He had launched the drive from Sarai Khas village in Kartarpur. Addressing a gathering during his daylong visit to Punjab, the AAP national convenor had also promised to provide free education to the children from the Scheduled Caste (SC) community, besides bearing their coaching fees for higher studies, if his party comes to power in the state.