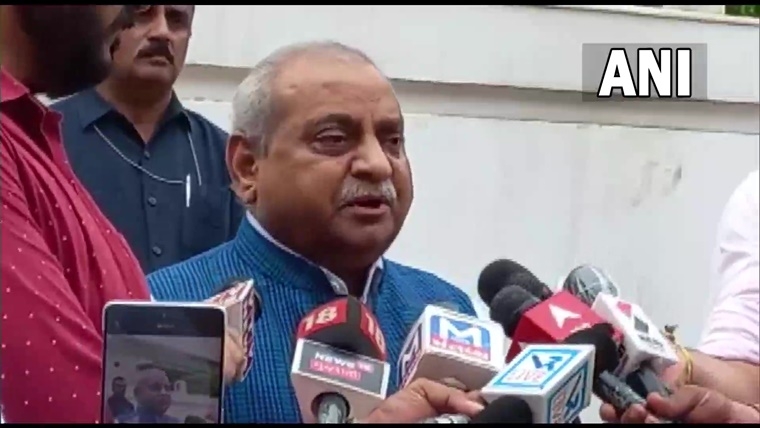 Ahmedabad (Gujarat): Amid speculation by media over probable candidates of Gujarat Chief Minister's post after Vijay Rupani stepped down from the position, Deputy Chief Minister Nitin Patel clarified that the party's high command will finalise the name of next Chief Minister.

"A Chief Minister should be someone who is popular, experienced and takes everyone together. There are rumours in the media that I will be made Chief Minister, but the fact is that the BJP high command will decide who will be the Chief Minister," Patel told reporters here today.

He further claimed that the Rupani voluntarily resigned from his position on Saturday.

"Vijay Rupani voluntarily resigned from the post. He did not take the decision under any pressure. The central observers sent by the party high command are taking the views of senior BJP leaders on who should be made the Chief Minister. The decision will be taken at the meeting today," he said.

"All the MLAs have been instructed to be present at the meeting," he added.

Patel arrived at the party's headquarters, Shree Kamalam in Gandhinagar for the state BJP legislative party meet which is being held to discuss the leadership issue.

On August 7, 2016, Rupani took charge as the Chief Minister of Gujarat. He currently represents Gujarat's Rajkot West as MLA. In the 2017 state election, the BJP won 99 of the state's 182 Assembly seats, Congress got 77 seats.