Congress leaders and supporters criticised the BJP-led central government and said that the Agnipath scheme is not beneficial for the country's youth and also jeopardises national security.

New Delhi: Congress MPs and leaders sat on a 'Satyagraha' at Jantar Mantar here on Sunday in solidarity with the youths protesting the Centre's newly announced Agnipath scheme for recruitment in the armed forces.

Congress leaders and supporters criticised the BJP-led central government and said that the Agnipath scheme is not beneficial for the country's youth and also jeopardises national security.

"The scheme should be rolled back," Pilot told PTI on the sidelines of the 'Satyagraha'.

Appealing to the protesting youths not to resort to violence, he said, "Protesting the scheme is their right but it should be done in a peaceful way. There should be no violence." Youths in several parts of the country have been protesting against the contentious defence recruitment scheme. Over the past few days, incidents of protesters vandalising railway stations, setting trains on fire and blocking roads and railway tracks have been reported from different cities and towns.

Heavy deployment of police and paramilitary forces was seen at the protest site. The entry and exit points to Jantar Mantar were blocked.

The Agnipath scheme, announced on June 14, provides for the recruitment of youths in the age bracket of 17-and-half to 21 years for only four years with a provision to retain 25 per cent of them for 15 more years. Later, the government extended the upper age limit to 23 years for recruitment in 2022.

The personnel to be recruited under the new scheme will be known as Agniveers. A major objective of the scheme is to bring down the average age of military personnel and cut ballooning salary and pension bills. 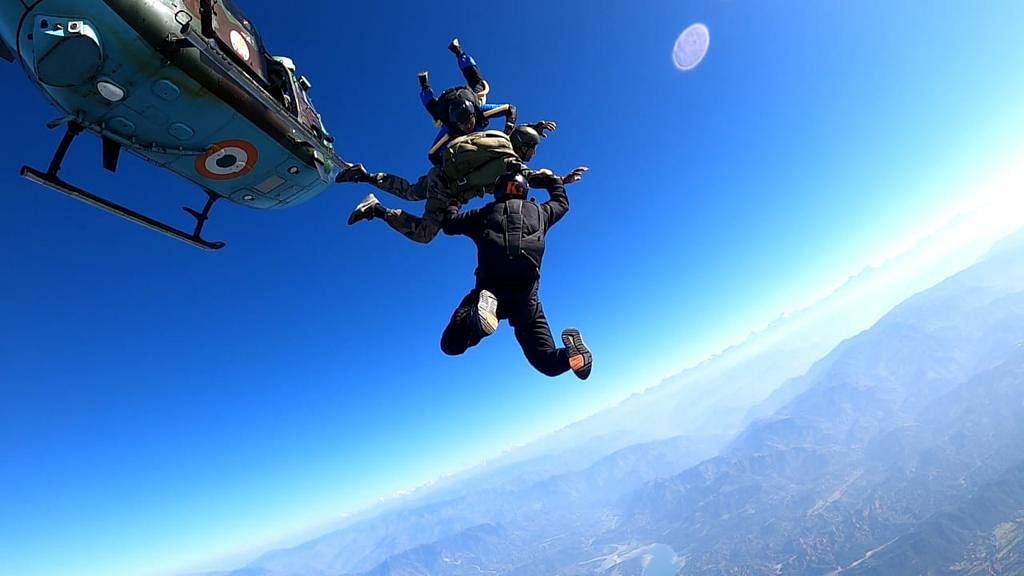