After suspension, Oppositions made provocative statements and refused to apologise, says Piyush Goyal

"When they are not willing to apologise, how can the matter be resolved?" asked Piyush Goyal
IANS 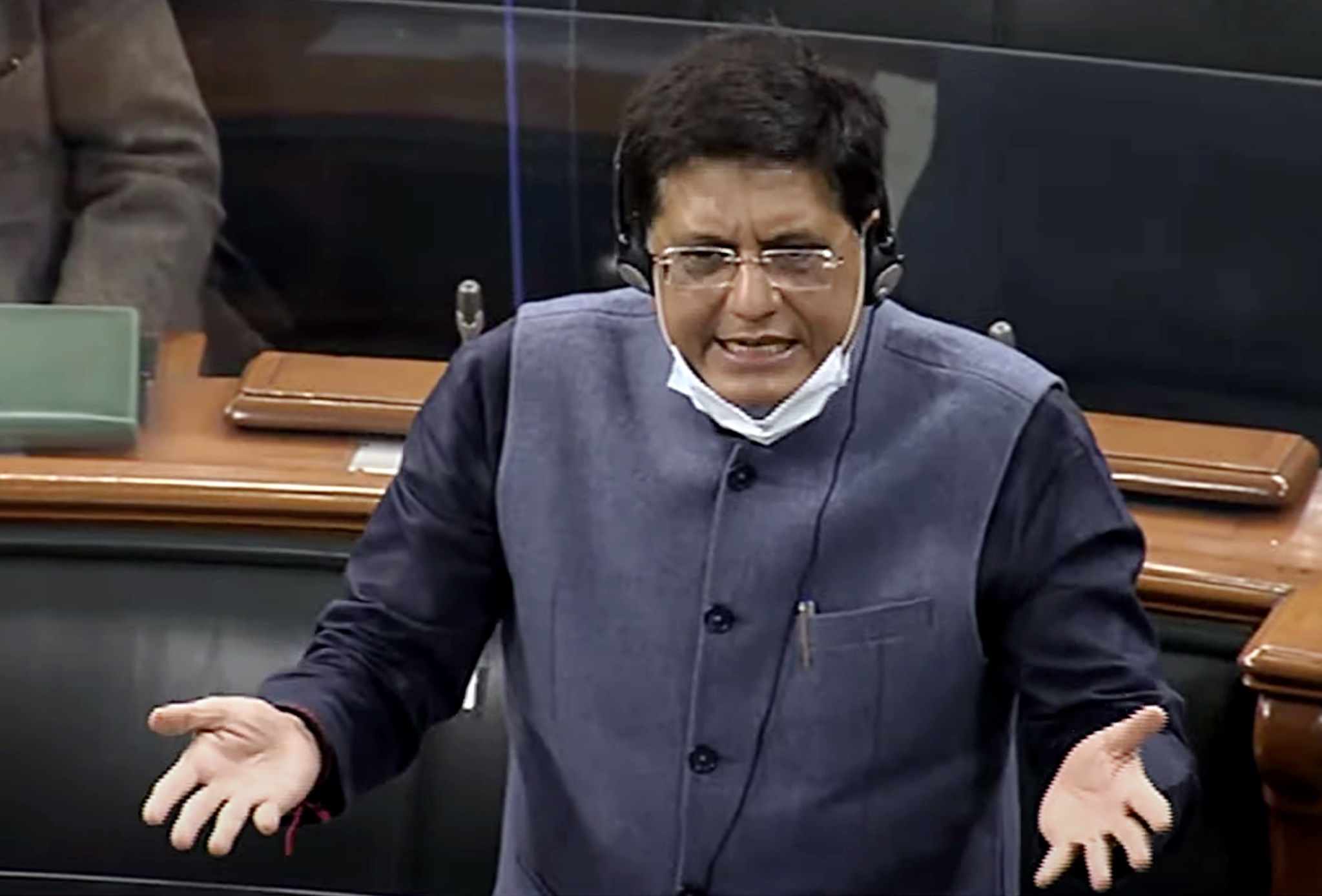 The face-off on the issue of suspension of 12 MPs continued with the opposition raising the issue in the Upper House on Friday.

Leader of the House Piyush Goyal said, "The opposition leaders are making provocative statements and have refused to apologise on the serious issue even though I have offered an apology on small issues.

"When they are not willing to apologise, how can the matter be resolved?"

Earlier, the chairman M. Venkaiah Naidu asked both the parties to resolve the issue.

The Chairman has rejected various notices of opposition leaders under rule 267. One of the notices was given by Congress MP Deepender Hooda in which he has demanded compensation for the families of those farmers who have lost their lives during the agitation since last year.

The suspended 12 MPs, who have been suspended for the entire winter session for creating ruckus in the House during the monsoon session on August 11, are sitting in protest at Gandhi statue inside the Parliament premises.

The suspended MPs are from the Congress, Trinamool Congress, CPI, CPI-M and Shiv Sena.