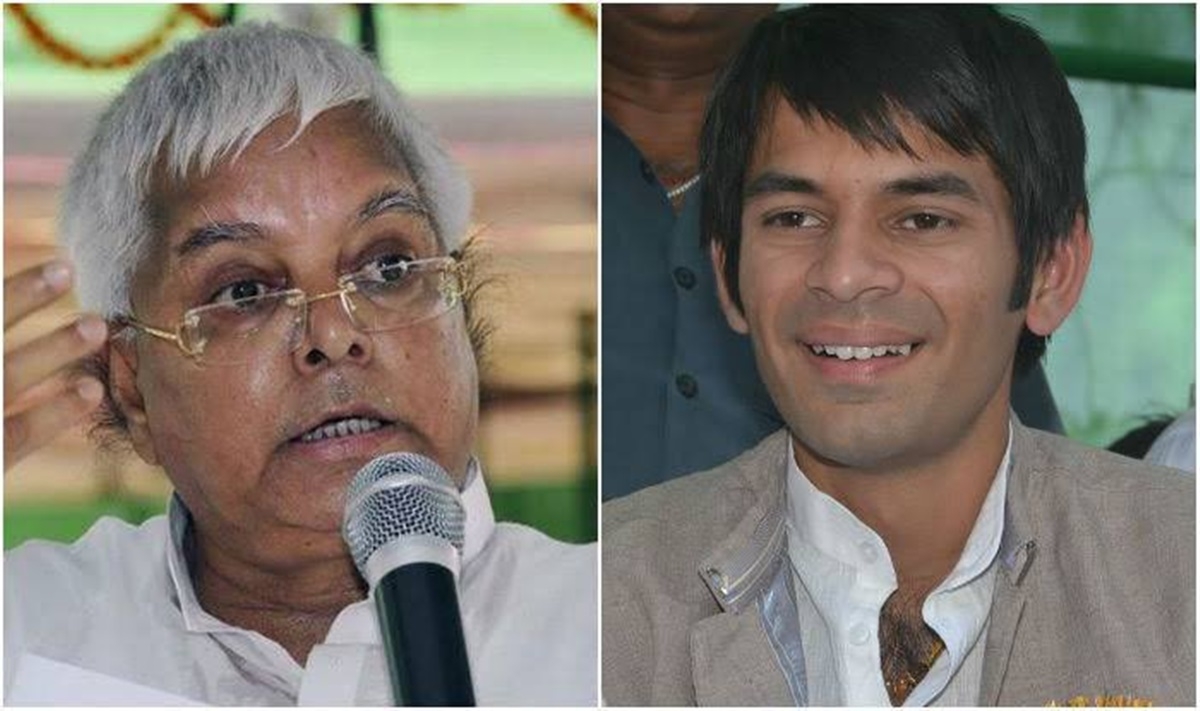 RJD president Lalu Prasad's elder son Tej Pratap Yadav on Sunday staged a sit-in outside his residence, minutes after he accused his detractors of preventing him from spending time with his father whom he had received at the airport.

Lalu Prasad along with his wife Rabri Devi finally went to Tej Pratap Yadav's residence. Tej Pratap washed Lalu Prasad's feet after the latter arrived at his residence, and took his father's blessings.

Talking to reporters afterwards, Tej Pratap Yadav said, "Look how I had decorated my house to welcome my father who had been away from me for long because of cases he has been framed in by his feudal detractors."

Earlier, Yadav had thrown a fit outside the residence of his mother Rabri Devi when he was stopped from entering her bungalow at 10, Circular Road, where Prasad is putting up upon return to the city after three years.

Yadav returned to his house, a few hundred metres from his mother's bungalow, and sat on a dharna along with supporters who carried flags of the "Chhatra Janshakti Parishad" he has floated.

"I am very unhappy. Jagadanand Singh (state RJD president) is an RSS agent who keeps humiliating me. And I have a word of caution for my younger brother Tejashwi as well," the maverick leader alleged.

"I often say he (Tejashwi) is like Arjuna and I, like Lord Krishna, am committed to helping him get what is his due. But he must realise he is no more a kid breastfed by his mother. If the party continues to function in this fashion, he will never become the chief minister," fumed Yadav.

He has returned to Bihar after over 3 years, amid the strained relationship between Tej Pratap and his younger brother Tejashwi.

Rashtriya Janata Dal (RJD) leader Tej Pratap Yadav, earlier this month, had alleged that his father and veteran leader Lalu Prasad Yadav has been held "hostage" in New Delhi despite getting bail earlier this year.

The veteran leader was welcomed by sons and party leaders Tej Pratap Yadav and Tejashwi Yadav at the Patna Airport.