After the results of the Assembly elections in five states recently, petrol and diesel prices were raised, Raut said, adding that rulers always make a fool out of the common man.

Hitting out at the Centre over the rising fuel prices and other issues, Shiv Sena leader Sanjay Raut on Friday said the promises of ”achhe din” (good days) and depositing Rs 15 lakh into the bank accounts of people were nothing but ‘April Fools’ Day’ jokes.

Alleging that the government has fooled the people for the last seven years, he said it should now work for their welfare as it is a “life and death” situation for the common man.

April 1 is celebrated as April Fools’ Day, wherein people play practical jokes on each other.

Talking to reporters here, Raut said, “The promises of ‘achhe din’, depositing Rs 15 lakh into the bank accounts of citizens, integrating Pakistan occupied Kashmir (PoK) into India and providing employment are nothing but April fool jokes.” The government should stop lying and be committed to the welfare of people. It is a matter of life and death for the common man, he said.

Before coming to power in 2014, the BJP had promised to bring back black money and deposit Rs15 lakh into every citizen’s bank. The promise of ‘achhe din’ was a top campaign point of the saffron party at that time. “Saying that we don’t indulge in vendetta politics is also part of the April fool series, which is going on in the country for the last few years,” he said targetting the BJP.

After the results of the Assembly elections in five states recently, petrol and diesel prices were raised, Raut said, adding that rulers always make a fool out of the common man.

“People are being fooled for seven years,” he said.

The Enforcement Directorate (ED) on Thursday arrested Nagpur-based lawyer Satish Uke and his brother Pradeep in connection with a money laundering investigation.

Referring to the action, the Sena MP said the state police can investigate the charges against Uke in case of any wrongdoing.

“It is shocking that CBI and ED are brought into the states not ruled by the BJP. This is not something, where these central agencies can come and raid people to create terror,” he said. 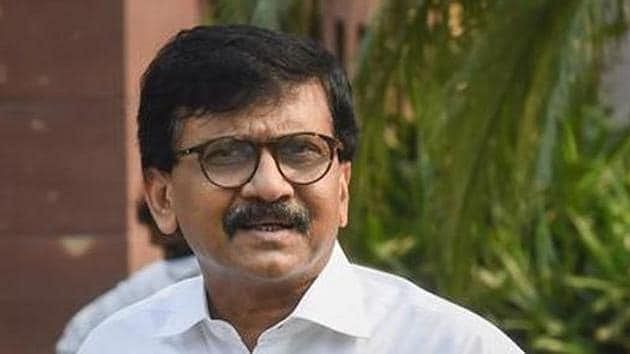