HomeIndia'Absolutely no moral conflict': Oil Minister Hardeep Singh Puri says India will buy oil from wherever it can

'Absolutely no moral conflict': Oil Minister Hardeep Singh Puri says India will buy oil from wherever it can

Pointing to the fact that India has a population of 1.35 billion people to take care of, Puri said in the interview, "We owe a moral duty to our consumers."

Hardeep Singh Puri, Union Minister of Petroleum and Natural Gas, has recently spent time on various Western news networks, laying out New Delhi's position on purchases of Russian oil and rejecting suggestions that India ought to be reducing or eliminating such purchases, which it has secured at deep discounts.

To that very end, during a interview with CNN's Becky Anderson, Puri said there is no moral conflict, “absolutely none”, in India's purchase of oil from Russia, which is currently on the receiving end of one of the most stringent sanctions regimes in history, over its ongoing war on Ukraine.

Pointing to the fact that India has a population of 1.35 billion people to take care of, Puri said in the interview, "We owe a moral duty to our consumers."

Asked if India was facing pressure from the West to stop buying discounted Russian oil, Puri replied, "We don't feel any pressure. [Narendra] Modi's government doesn't feel the pressure. We are the fifth largest economy in the world."

“India will respond according to its supreme national interest," the minister asserted.

"We have a moral duty towards our consumers and we to ensure that they are supplied with petrol, diesel. There is no moral conflict in buying Russian oil. We don't buy from X or Y, we buy whatever is available. I don't do the buying, it's the oil companies who do the buying," Puri added. 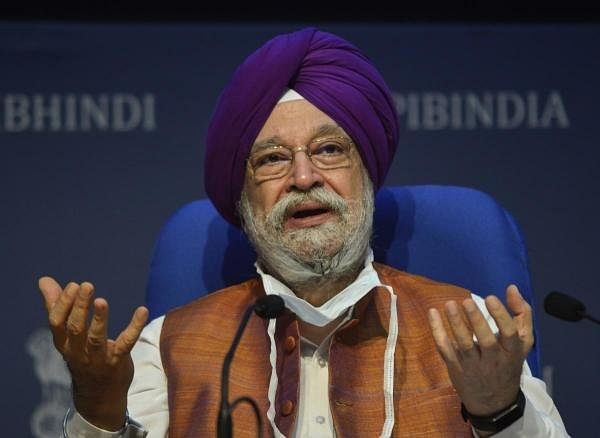 "Let me first try and correct your perspective. We ended the financial year March 31, 2022 and the purchases of Russian oil was 0.2 percent and not 2 percent. We only brought a quarter of oil of what Europe buys in one afternoon," Puri said, adding that Iraq, and not Russia, was currently the largest supplier of oil to India.

Incidentally, a variety of European countries were involved in and complicit with the US' unprovoked war of aggression in Iraq in 2003 -- including Ukraine, which deployed troops to the country to aid the US.

When asked whether India had any backup plans if the West were to tighten sanctions on Russian oil -- oil is a commodity that, due to its critical importance, is benefitting from several loopholes in the sanctions -- Puri said, "We have many backup plans. We have healthy discussions going on with the US and Europe. Modi government dosen't feel the pressure. When you have an increase in oil prices, they have consequences - one of it is - there will be inflation and recession, another is we will make the transition in green energy."

While acknowledging that fact that Russia was now one of India's top suppliers of oil, Puri went on to point out that removing all Russian oil from the market would lead to oil prices skyrocketing across the globe, to US$200 and beyond.

“If prices increase, there will be inflation and recession,” Puri emphatically noted.

Puri, a former diplomat, also refused to be drawn into a clearly baiting question by the CNN anchor, who asked him what India would do if the European Union or US were to ask India to restrict oil import from Russia.

“You should address this question to the EU or US,” retorted Puri, adding that he refused to drawn into hypotheticals.

WATCH: If Congress would have brought population control Bill earlier, I wouldn't have had 4...