AFSPA is in place in Nagaland, Assam, Manipur (excluding capital Imphal) and parts of Arunachal Pradesh, as well as Jammu and Kashmir.
FPJ Web Desk 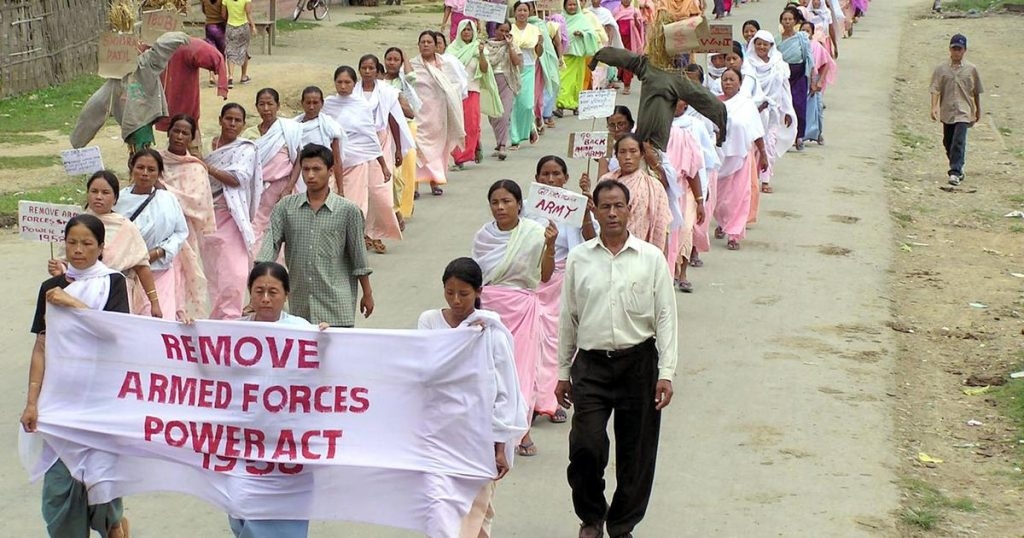 After firing by the security forces that killed 14 civilians and injured 30 others in neighbouring Nagaland on December 4, the repeal of the Armed Forces (Special Power) Act (AFSPA), 1958 is likely to be a top issue in the upcoming Assembly elections in Manipur scheduled early next year.

Opposition parties all around India including Nagaland CM Neiphiu Rio has demanded repealing AFSPA, the issue was also raised in the Lok Sabha and Rajya Sabha after the firing incident.

Speaking at a tribute programme for victims of the Oting incident held at the Capital Cultural Hall in Kohima, Neiphiu Rio said the AFSPA is violative of human rights and the people of Nagaland have opposed it for decades.

“It is the time to defeat violence with non-violence,” Neiphiu Rio said.

Manipur is bound for state elections in the early months of 2022 and whether AFSPA will remain or will be removed will be a very important decision that needs to be made.

Given the current emotional scenario in Nagaland, the Congress in Manipur has vowed to push for "the immediate and complete removal of AFSPA" from the entire state if it is elected to power in the 2022 Assembly polls.

Manipur Pradesh Congress Committee's working president Keisham Meghachandra said, "If Congress comes back to power in the 2022 elections, the first cabinet meeting would decide on the immediate and complete removal of AFSPA from the entire state of Manipur."

"The Congress demands the Manipur Chief Minister and government press PM Modi and GoI for repeal of AFSPA in this winter session of Parliament, and (calls on the) Manipur cabinet for immediate removal of Act from the state," the party said."

The Congress also stated that the party had removed AFSPA in the past and it has been repealed from seven Assembly constituencies (including state capital Imphal) when it was in power.

"Congress rule removed AFSPA from seven Assembly constituencies. If Congress comes back to power in 2022, the first Cabinet meeting will decide on the immediate and complete removal of AFSPA from the entire state..." the party said.

The controversial Armed Forces (Special Powers) Act, or AFSPA, which gives sweeping powers to military personnel in "disturbed regions", has come under increasing scrutiny after the horrific killing of 14 innocent civilians in Nagaland last week.

The killings have been widely condemned and many, including Nagaland Chief Minister Neiphiu Rio and his Meghalaya counterpart Conrad Sangma, have said AFSPA must go.

Union Home Minister Amit Shah termed the incident as a 'case of mistaken identity' and added that the Centre 'expresses regrets' over the deaths.

Speaking in the Lok Sabha in the ongoing Winter Session of the Parliament, Shah said that the Army had received information on the movement of extremists in the Oting village of Mon district. "On that basis, 21 commandos laid an ambush in the suspected area. A vehicle reached there, it was signalled to stop but it tried to flee. On suspicion of the vehicle carrying extremists, it was fired upon," he added.

Under AFSPA, armed forces may arrest, or shoot to kill, on mere suspicion.

AFSPA is in place in Nagaland, Assam, Manipur (excluding capital Imphal) and parts of Arunachal Pradesh, as well as Jammu and Kashmir.

(with inputs from NDTV and agencies)