Los Angeles: Lionsgate Movies has made use of the 2022 MTV Movie and TV Awards to drop the first official teaser of its upcoming tentpole movie 'The Hunger Games The Ballad of Songbirds and Snakes', which will release in November, 2023.

Debuted during the live broadcast of the award show on Sunday, June 5, the teaser unveils the official title and logo of 'The Hunger Games' prequel movie, reports aceshowbiz.com.

The approximately one-and-a-half-minute video doesn't include any actual footage of the film, but offers a chilling look at a gold snake slithering toward a gold bird on a tree while both are shedding snow from themselves, set to haunting vocals and dramatic piano.

"You're invited to return to the Games," the text in the teaser reads.

At the end of the teaser, the official title of the prequel movie is revealed, which is 'The Hunger Games: The Ballad of Songbirds and Snakes'.

The movie is due out in theaters across the nation on November 17, 2023.

The title treatment reveal comes several days after it was announced that 'West Side Story' star Rachel Zegler landed a female lead role in the highly-anticipated prequel of 'The Hunger Games'.

The actress, who won the Golden Globe Award for Best Actress - Motion Picture Comedy or Musical for her role as Maria Vasquez in Steven Spielberg's musical drama, will star as Lucy Gray Baird.

He gushed about Zegler, "Like everybody, I first saw Rachel Zegler in 'West Side Story', and like everybody, I knew I was watching a star who would command the screen for a generation. Lucy Gray is a perfect match for her as an actress: the character is bold, independent, and defiant, but also vulnerable, emotional, and loving. Rachel will make this character unforgettable."

Tom Blyth has also been cast for the movie to portray the young Coriolanus Snow, the role made famous by Donald Sutherland in the original trilogy.

'The Hunger Games: The Ballad of Songbirds and Snakes' is based on the fourth novel in Suzanne Collins' dystopian series.

The prequel's tagline from Lionsgate reads, "Years before he would become the tyrannical President of Panem, 18-year-old Coriolanus Snow is the last hope for his fading lineage, a once-proud family that has fallen from grace in a post-war Capitol.

"With the 10th annual Hunger Games fast approaching, the young Snow is alarmed when he is assigned to mentor Lucy Gray Baird, the girl tribute from impoverished District 12." 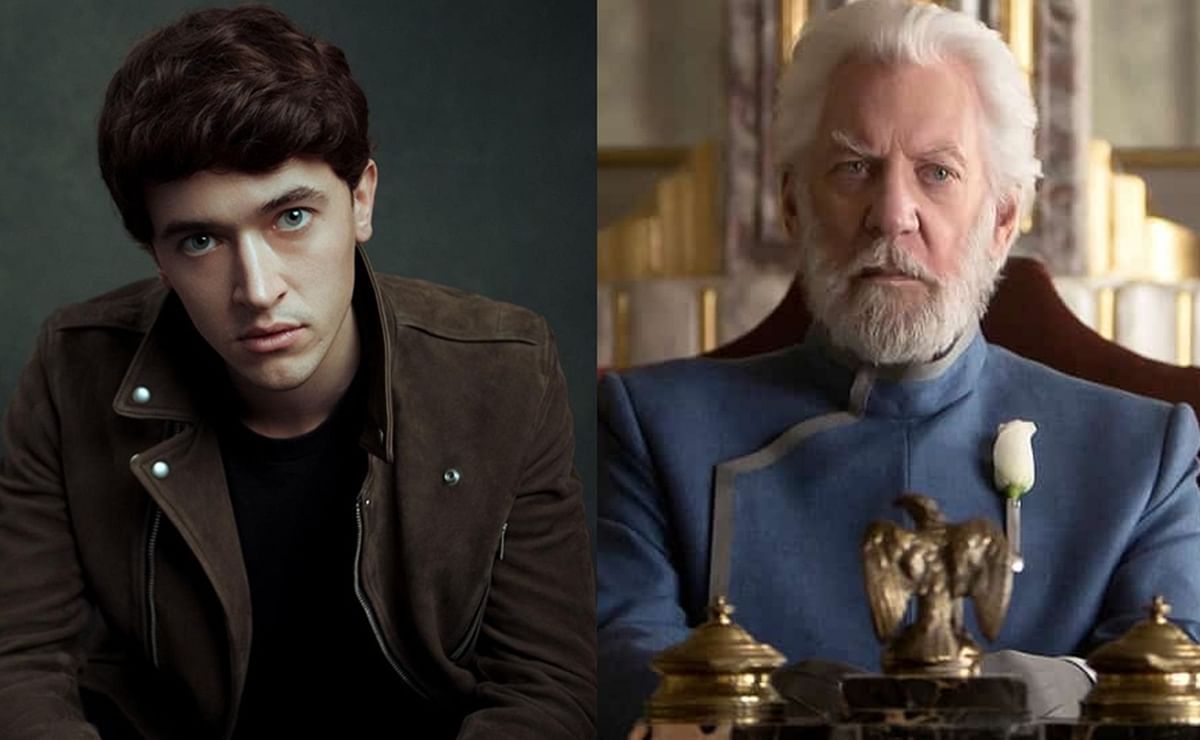