Johnny Depp denies being violent with ex-wife Amber Heard; says 'I am obsessed with truth'

Depp also addressed the text messages that have been introduced in the trial.

Hollywood star Johnny Depp took the stand in his defamation trial against former-wife Amber Heard, saying he was focused on "clearing the record" regarding allegations that he engaged in domestic violence.

"Truth is the only thing I'm interested in. Lies will get you nowhere, but lies build upon lies and build upon lies," Depp said on Tuesday afternoon, reports 'Variety'.

"I'm obsessed with the truth." Under questioning from his own lawyer, Depp denied that he had ever been violent with Heard, or with any other woman.

Heard has accused Depp of striking her, choking her and kicking her on several occasions over the course of their relationship. She has also alleged that Depp once sexually assaulted her during a fight in Australia in 2015.

Depp and Heard divorced in 2016. In December 2018, Heard published an opinion piece in the Washington Post in which she alluded to her prior allegations, though she did not identify Depp by name. Depp sued her for $50 million.

"I felt it my responsibility to stand up not only for myself in that instance, but stand up for my children," Depp testified, speaking very deliberately on the witness stand.

"I thought it was diabolical that my children would have to go to school and have their friends or people in the school approach them with the infamous People magazine cover with Ms. Heard with a dark bruise on her face."

Depp said the allegations against him were "quite heinous and disturbing," and "not based in any species of truth".

"It's very strange when one day, you're Cinderella and in 0.6 seconds you're Quasimodo," he said.

Depp also testified about physical abuse he endured at the hands of his mother when he was growing up in Kentucky, saying she would throw things at him and beat him with a high-heeled shoe.

He also spoke about the beginning of his relationship with Heard, saying "it was as if she was too good to be true."

"She was attentive. She was loving. She was smart. She was kind. She was funny. She was understanding," he said.

He added that they shared a common interest in blues music and that Heard would often take his boots off when he returned home.

But within a year and a half, he said, "it was as if she had become another person almost.

Depp also spoke about his acting career, and about how he developed the character of Captain Jack Sparrow for the first 'Pirates of the Caribbean' film. He said he drew inspiration from Bugs Bunny and Wile E. Coyote cartoons, saying he felt that cartoon characters could push boundaries while appealing to all ages.

After the success of the film, he said his fame became more intense. Fans would try to enter his property dressed as Jack Sparrow, and he felt the need to hire more security to deal with paparazzi.

Depp also addressed the text messages that have been introduced in the trial, in which he spoke in violent and vulgar language about Heard, referring to her as a "ca" and discussing her "rotting corpse."

He noted that he had been influenced by Hunter S. Thompson and Monty Python, and that he was prone to "dark humour." 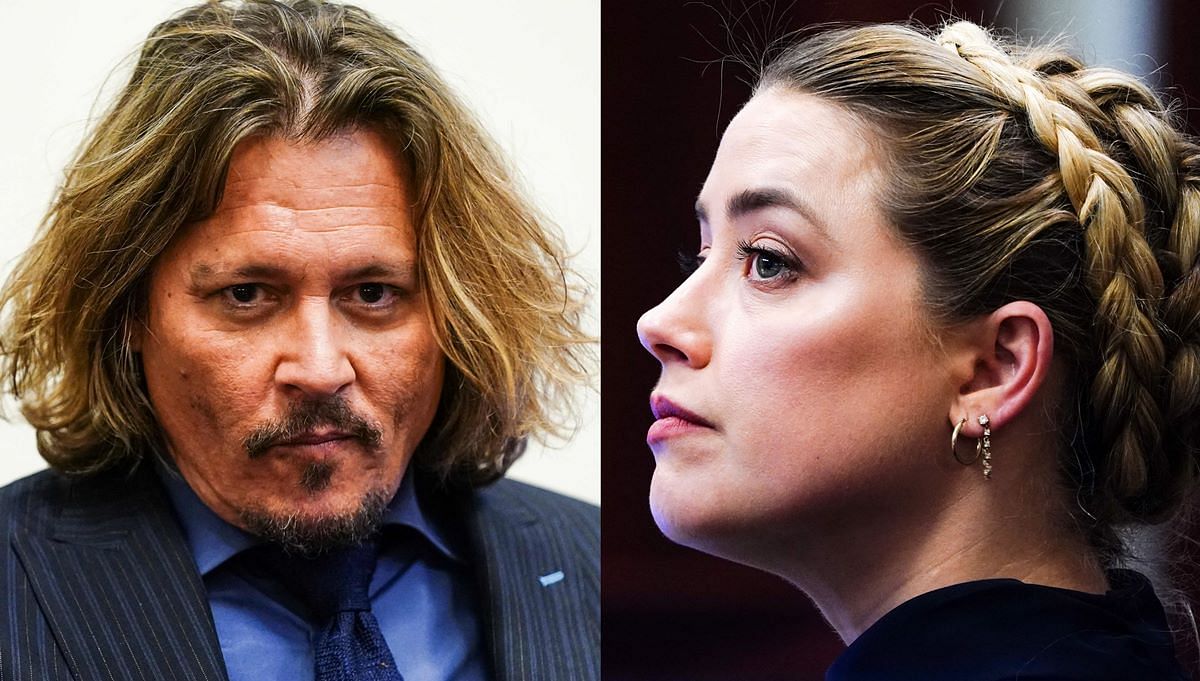