HomeHealthParrots have personal tastes for music

Parrots have personal tastes for music

Researchers monitored the listening preferences of a pair of African grey parrots (Psittacus erithacus)- a popular pet species, and found that while one favoured soothing “middle of the road” music, the other opted for more upbeat, modern pop, ‘The Telegraph’ reported. Birds also enjoyed rock and folk music and “danced” along, by bobbing their heads and legs. They even “sang along”, by squawking. But neither animal appreciated electronic dance music, which left them both distressed reports PTI 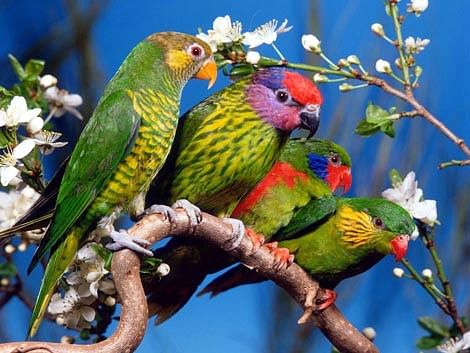 “The birds clearly showed preferences. One preferred the rhythmic and one preferred the classical. “There is no trend for the birds. Even if they are in the same place hearing the same things, they do not prefer the same music,” Dr Franck Peron, from the University of Lincoln said.   Two male parrots – Leo and Shango – then took part in a second trial in which a touch-screen monitor was left in their cage, with two large buttons, which could be pressed by the birds’ beaks and which activated a 15-second segment of two different songs.

The touch screen was left in their cages for a month and the birds were allowed to select the music whenever they wished.

Although the pair liked to listen to both songs, clear preferences emerged – with Leo consistently choosing the Scissor Sisters and Shango opting for Vangelis. Between them, the pair played the songs more than 1,400 times during the month, the report said. The birds’ aversion to dance music – by acts such as the Prodigy and the Chemical Brothers – was not discovered under the test conditions. It emerged when the researchers were listening to music of their own preference within earshot of the birds.

What kind of music helps us sleep? Find out where