BANKING ON A VISION

NPCI, UNDER THE LEADERSHIP OF A. P. HOTA, IS MAKING A SIGNIFICANT DIFFERENCE TO THE DAIL LIVES OF INDIANS, SAS MENKA SHIVDASANI 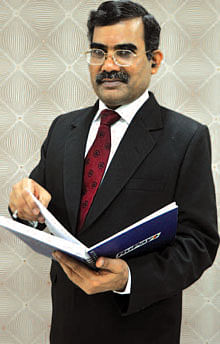 As Managing Director and CEO of National Payments Corporation of India ( NPCI), Mr A. P. Hota has a massive task ahead of him. In 2005, Reserve Bank of India released a Vision Document on Payment and Settlement Systems in India, incorporating a proposal to set up an umbrella organisation to manage all retail payment systems in the country. The corporation started functioning three years ago, in January 2010.

Mr Hota was one of the small number of people who came in on a deputation; in this short time, under his leadership, NPCI has grown from a 20- member team to a 400- plus organisation, managing six verticals that have far- reaching impact upon the daily lives of every Indian. These include National Financial Switch ( NFS), which facilitates inter- bank ATM transactions; Inter Bank Mobile Payment Service ( IMPS), a 24×7 Instant Money Transfer service on the mobile, Internet and ATM; RuPay, a domestic card scheme competing against the likes of Visa and MasterCard; Cheque Truncation System ( CTS) to bring efficiency in the cheque clearing process; National Automated Clearing House ( NACH) System, being rolled out to offer a single window facility to banks for submitting transactions; and the Aadhar Payment Gateway to help banks service customers across urban, semi- urban and rural geographies and allow seamless money transfers.

A massive mandate like this requires wide- ranging expertise, clear thinking and strong personal skills, all of which Mr Hota has in abundance; in a personal meeting, he comes across as both warm and knowledgeable, reeling off statistics on how each of these divisions is faring and speaking of the challenges along the way.

Joining the banking industry in 1982 as a career central banker, he has played a key role in implementation of MICR technology and Electronic Funds Transfer, among other things. His research document ‘ RTGS System in USA – Lessons for India ’ in 1997 was the starting point of RTGS design and implementation in our country.

“ Of my 27 years in RBI, I spent 15 working very closely with information technology,” he says. “ I have grown as a leader by doing handson work, leading various payment system projects, and leading teams of project officers year after year,” he says.

Forging new paths in the banking system has been a herculean task, and Mr Hota realised that a key priority would be to build confidence in his people, making them recognise that things that seemed impossible were do- able. When they conceived the IMPS, for example, team members said banks in India were not ready for this; they wanted to know why people would want to make instant payments on Sundays, or in the middle of the night… “ All issues needed to be addressed one by one, with the help of case studies. I also had to convince people that creation of the utility would create new demands, and today, our IMPS is talked about in the whole world; no international conference on payment systems is complete without a discussion on it.” The ATM Switching facility has seen a similar success, with the number of member banks growing from 37 to 74, and transactions going up from two million to seven million today. The Cheque Clearing system has seen growth as well, with an average of one million transactions a day and a road map that involves cheque clearing across the country in truncation mode by June 2014.

Since the last month, RuPay has also become fully functional; the number of web merchants has grown from 100 to 1200, and there are more than 50,000 transactions a day on an average.

For the Orissa- born Mr Hota, it has been a long journey, and there are many more challenges to overcome in the ongoing quest to build a payment utility organisation for the banking system. “ We are a not- for- profit company, but we follow the governance principles of any listed company,” he says. Mr Hota is conscious of the need to ensure competitive strategies and high service standards; it is the only way, for instance, that RuPay can take on the might of its global competitors. The task also requires hard work and persistence, and NPCI’s success under his leadership is certainly being recognised.

It was not for nothing that on October 20, 2012, Mr Hota received the Aadhar Excellence Award from Prime Minister Manmohan Singh in the presence of Sonia Gandhi and Finance Minister P Chidambaram.

While he is delighted by this recognition, he is aware there is no room for complacence in a task that involves making payment systems simple, safe, speedy and affordable for the average Indian.