This scenario may be less common now than it was decades ago, as there has been a rapid increase in the proportion of working mothers and a widespread acceptance of hands on role of fathers
FPJ Bureau 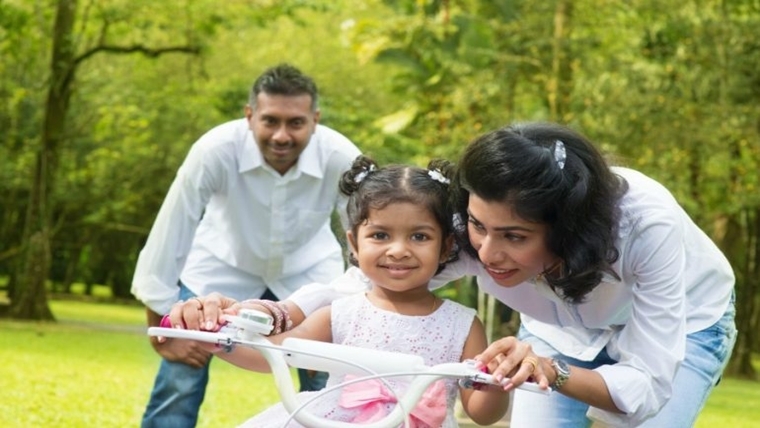 I distinctly remember my childhood days when my mother would manage the house solely, being responsible for the care of two children as well as ensuring my father could manage his work schedule. She was working then and still continues working. However back then, her involvement with regards to our routine (my sister’s and mine) was much more than that of my father.

Right from our school work to lunchboxes, from preparing us for various exams and competitions, encouraging us to play and keeping our meals ready on time, she was there whenever we needed. Not that my father wasn’t involved with our lives, however the extent of investment she made was a lot more than what my father could have put in.

The scenario was similar with our friends as well. After all these years of selfless care, it has obviously resulted in a better bond between us and our mother. However, I wonder if my father would have been engaged as much, would it have enhanced our rapport and benefitted our relationship.

In most societies, the involvement of fathers in child rearing has traditionally been framed as the role of the provider with mothers doing most of the task-oriented caring and nurturing of children. Findings from 1997 Child Development Supplement of the Panel study of Income dynamics shows that fathers’ engagement time with children from birth to 12 year old children is 1.2 hours on a weekday and 2.5 hours on a weekend.

Many studies also suggest that fathers’ involvement decreases as children grow older. As gender norms continue to identify men as the primary providers in a household, and since time is finite, it is expected that fathers’ involvement will decrease with increasing hours spent in paid work. In India, women spend close to 10 times more time than men in unpaid care work (Bhalla, 2017).

This scenario may be less common now than it was decades ago, as there has been a rapid increase in the proportion of working mothers and a widespread acceptance of hands on role of fathers which has led to parenting duties being shared by both parents. In most cases, women still seem to be the primary caregivers across cultures. Research studies have shown that fathers’ involvement can influence the health and development of children in myriad ways.

Early parental involvement is often associated with continuing engagement and influences child’s immediate and long term well-being and mental health including social and cognitive development. Although in recent times, fathers have become more positively involved and are contributing to child care, yet there seems to be a huge gap in terms of understanding the importance of their role and the impact of their participation.

Are patriarchal assumptions still shaping the concepts of fatherhood? Do social and cultural factors affirm that childcare is essentially and exclusively a female activity? The institution of family can play a great role by bringing a new dimension in reconstructing the ongoing socialisation. Men can look after their children and relieve some of the burden taken up by women and if bravery, rationality, decision making are considered ‘male’, then women should definitely imbibe these traits too.

Finally, it is also worth noting if the laws and regulations are in place to allow fathers to devote more time for childcare. In 2017, the Indian government passed an amendment to the Maternity Benefit Act of 1961. It required employers to offer benefits that support employees and their families in terms of paid maternity leave to 26 weeks, work from home, crèche facility for establishments having 50 or more women.

However, when we look at the paternity benefits, there is no provision on paternity leave for private sector workers. For central government employees, it is 15 days before or 6 months from the date of delivery of the child. Even with such less number of days, it is difficult for a father to engage and nurture the child. India is among those 92 countries where there is no national policy that allows dads to take paid time off work for their children. The Maternity Benefit Act has led to businesses shying away from hiring women which invariably has led to increased burden of financial support to be provided by men and that of child care by women.

Although India has started recognising the importance of father’s role, where examples like food delivery app Zomato & IKEA India have rolled out a 6 months paternity leave for its employees, yet the pace is too slow to acknowledge and embrace the role of fathers in child care. The younger India needs to step away from the traditional entrenchment and bifurcation of men’s and women’s roles in society. A decent paternity leave policy may not entirely offset the imbalance, however it could act as a catalyst to blurring of gender role divide.

Increasing sensitisation is needed to ensure both parents have the time and resources they need to nurture their children particularly during the early years of a child’s life. Involving fathers in child-centred activities, arranging opportunities for fathers to lead in child care and making them aware of socio-emotional development of children will help in influencing better child outcomes and improve relationships. How fathers see themselves as parents, how they value their role as a parent and how they adjust to this new role, appears to be associated with positive behavioural outcomes in children.