MeToo Impact: Hugging on the way out? 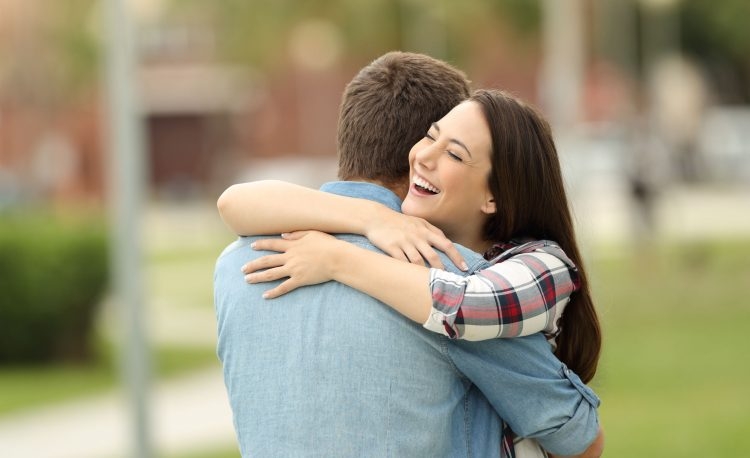 We just ended the season of cheer on a tentative note; parties now sport a cautious mood, displacing the traditional cheer… ANUPAMA CHANDRA takes stock of how people can hug in the year after #MeToo

Yagnesh* skipped all the office parties this year since Diwali. “I loved my office parties mostly for the free imported drinks. I bet everybody overdoes the drinks part; I certainly did! As a practice, my carpool buddy would drop me home after the party. And the next morning I would hear of my drunken dancing or hugging sprees upon getting high. But no more…”

The tables have turned

“It is just that I have lost my nerve,” he explains. “I am told that soon after entering my party mode — which is after three drinks — I would coax everyone to join me on the dance floor and hug every colleague around me. Thank god no one had objected till now! I don’t think I pestered them or have dragged anyone; my buddy always tells me my hugs are treated as jokes and nobody was offended…till now. What if tomorrow someone decides it is not acceptable and I deserve to be punished,” he shudders.

“Given the change in “hawaa”, I no longer want to put myself in that situation. Since I get happy after drinks, I would rather get high with my buddy at a bar but never at an office party again.”

This is not an individual lament but collective speak of the entire population in the aftermath of #TimesUp. What is the “safe” zone in which people can interact without any party being on the back foot? A frequently asked question that is yet to find a foolproof answer that is liked by all.

Take Rohini* who finds her colleagues, especially men, on alert in all kinds of communication today. “There used to be a lively banter on earlier that would diffuse the harsh timelines we work in. Now, no more. In fact, I asked one of the funniest guys in office what happened and he summed it up clearly ‘#MeToo want to be safe, not sorry,’” she smiled ironically.

It gets worse in personal spaces such as the dating arena. What do you do upon getting demonised for initiating hand-holding because the other party felt she/he was “coerced” after months – draw a contract before any contact? Nidhesh* has had the question on his mind since a girl he had met on a dating site accused him of the same.

“We had being seeing each other for more than two months, and I was nearly sure she was THE one for me. We had gone to see “A Star is Born” and during the proposal scene I innately reached out for her hand to hold. I don’t remember her resisting, surprised yes, but not uncomfortable (she used to tell me herself I am very sharp in picking up such cues). I don’t know what happened but sometime in mid-November, she called me and accused me of being a jerk. She felt then that at the movie I had held her hand forcibly and that it had made her incredibly uncomfortably, not to mention, upset.

“That was the last time we spoke, since she never returns my calls or messages. I am in a limbo, since we have not officially broken up. I cannot move on either, as I cannot forget her crying on the phone amidst all the accusations. I am lost…” He sounds hurt that his girlfriend had so easily forgotten every instance of his sensitivity that she had earlier loved and that she would not give him a chance to explain.

We are living in a time, when people are wondering if compliments and jokes are necessary, lest someone takes offense.

A mental health practitioner on the request of anonymity said, “We are amidst a sudden gender revolution; unprecedented and too much to account for all together. An established system is crumbling, massive adjustments are required and there is a sense of loss, grieving and emptiness.

“We can use the Kübler-Ross system of loss and grieving to understand this scenario. There are five stages—denial, anger, bargaining, depression and acceptance that are the milestones on our way to learn to cope with loss. We have waded past the initial denial and are caught between anger and bargaining. The resultant flux, while very uncomfortable, is necessary to the path ahead.  It will have to run its course and we will have to bear the cross.”

For now, hold on to those hugs!