Letter from the hills: Cake; Making it on high

Left on their own, the pies posed no problem. It was his baking - of hash-cookies
Ganesh Saili 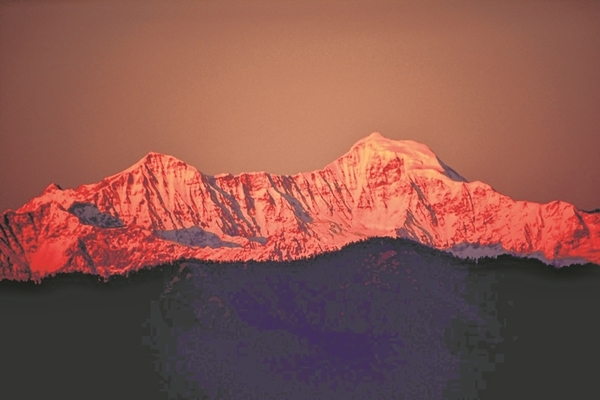 The fault, you could say, was entirely ours. One of our bakers wanted to start a regular bakery, but he failed to raise the dough. Instead he ended up with his fingers in too many pies.

Left on their own, the pies posed no problem. It was his baking - of hash-cookies - often with interesting results. For instance, on one occasion, the village idiot ate one too many, letting the proverbial cat-out-of-the-bag and amongst the pigeons.

Sitting in a corner of the Children’s Park or Jhulaghar, he was wrapped up in his woolly world of magic and dreams, turned into Alexander the Great (or Sikander-e-Azam), imagining himself perched on a bend in the Rubicon.

‘Seleucus?’ yelled he to his ablest General.

‘Ji Jahanpanah?’ (Yes! Emperor!) modulating his own voice, he answered himself.

Stoned out of his mind, he took a deep breath, sat back on a bench, enjoying the spectacle of the troops drowning one by one as he curled his fingers dancing as he sang: ‘Tat-ta-ra-ra! Tat-ta-ra-ra!’’ Some clapped. Some gaped.

While elsewhere, the aromas of baking give our bakers away. It tells you that someone somewhere is baking their Allahabadi cake! Why else would the scent of cinnamon, vanilla and nutmeg mix to greet you? Go to Café Viola, or Emily’s, or Landour Lotte, The Mudcup Café or The Landour Bakehouse for original recipes that will charm any foodie. You don’t believe me? Try their candies, peppermint bull’s eye, and peanut-brittle biscuits.

All of them turn to the tips for baking at ‘a-mile-high-in-the- sky’ from the last few pages of the Landour Cookbook to find: ‘For leavening with baking powder or soda at 6,500 feet reduce from 4 tablespoons to one at sea level. Never reduce the sugar. Use the maximum amount of eggs and increase flour by one tablespoon for every increase of 1,500 feet.’

If you’re the shy type, tongue-tied or unable to say ‘I love you’, say it with a crisp, crumbly pastry over a coffee at the Bakehouse. Its waves are now a tsunami. Get set, whet your appetite for scones, currant cakes and their finger licking Red Velvet Cake.

Though be warned of the many perils of cooking at 7500 feet: ‘to make a hill on high is gratifying to the driver especially if the elevation is an unusually high one. To make a good cake on high has the same satisfaction.’